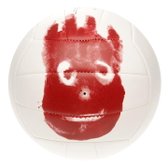 Wilson To The Rescue...

Cast adrift but a late rescue mission is successful.

Pete Wickham was a shoe in for man of the match. Two tries, an assist in the try to put us ahead and all round performance that included try saving tackles and vital turnovers but then came Wilson…

King’s had performed sluggishly for most of the game. Permanently on the wrong side of the referee – when will we learn that saying nothing is best – King’s were only just holding on in the face of a typically aggressive Battersea display.

Battersea scored first with a converted try. King’s tackling was lacking. Then after a small amount of King’s pressure a speculative inside pass on the Battersea line went loose and avoided all obvious targets. Enter Pete Wickham with a swift dive, scoop and score. Battersea scored another penalty to make the half time score King’s 5 Battersea 10.

For the first 20 minutes of the second half Battersea pounded the King’s line. Missed penalty, another missed penalty, third time lucky. 8 points down it was all or bust for King’s. It was nearly bust as their winger strode to the line only to be chopped down by Pete Wickham who also emerged with the ball. King’s, for the first time in the half, got close to the Battersea line. A few snipes by Fraser Houlder and Jake Upward and here was Pete Wickham again burrowing over to bring King’s back in the game. Poor management led to the tee being lost in my pocket and by the time – 90 seconds – it took to find it the referee insisted on the conversion being drop kicked and missed. The referee is technically correct but…. It shows how much he was fed up with us.

At last King’s stirred themselves. With Pete and Will Carter pulling the strings more pressure was applied and second time debutant as he played once last season, Aaron Lloyd-Goodwin, dived over to give King’s the lead. This time the tee was scampered on and Neil Williams nailed the conversion to give King’s the luxury of a 4 point lead.

The referee said there were 10 minutes to go. Battersea could be seen, literally, rolling their sleeves up. Could we hang on?

Battersea were getting careless in their anxiety and allowed King’s to make some territory but another penalty was conceded just inside the Battersea 22. Their fine kicker went for broke and hoofed the ball as far as he could. And then it happened…

The kick didn’t make touch. Alex Wilson, back on for the then exhausted Pete Wickham, was under the ball on our half way line. Cunningly he dropped the ball backwards and lured the oncoming chasers towards him. Two ran past him as he re gathered the ball, two, three or was it four more were slipped by and with the rest of both teams watching from the other side of the pitch Alex ran the last 30 meters unimpeded to the tryline. Cue mass celebration.

Three minutes to go and King’s held out till the last second when Battersea scored their second try to make the final score Battersea 18 King’s 22.

As with the 1s later, King’s outscored their opposition by four tries to two. Tries win matches. Should Battersea have opted for lineouts or even scrums when they wasted chances by missing penalties? Should England have kicked the penalties against New Zealand? Funny how things influence decisions.

Okay final decision on MOM. Shared – Pete Wickham and Alex “Wilson!” Wilson… but well done to the whole team for sticking in there… 6 from 6… Cobham Cup Match next Saturday.. home.. ko tba but prob 12ish.

Meet at Battersea at 11am.