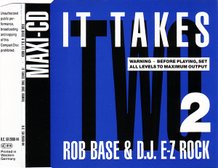 King's too strong for a valiant Economicals.

Last season Economicals gained promotion to the league with 16 wins from 18, scoring 845 points in the process. This season they have struggled to get a team out in the higher league as retirements, injuries and a slow uptake from new students have hit them hard. In the famous words of one of the England Rugby World Cup winners, “why run for the bus when you’ve already caught it”. Promotion and success are wonderful things but comes at a cost. Both our teams need to plan and think on this.

Even the referee was keen to play, chasing Economicals on Monday to see if they had a team. Whether it was this that spurred them on but bulked up by 6 new students, credit to them, they got themselves organised and were ready to play on a wet but reasonably warm day.

King’s had 20 on paper but in the end just 16 appeared, illness and other various ailments striking down 3 players on the day, Lloyd Allen graciously put himself on the bench at the start. With Ian Norman returning for his first game for several seasons due to a posting in India the King’s pack had an experienced look to it. This proved the decisive part of the game with scrum domination over the lighter and younger pack complete. In the end Pete Wickham found his way to the ground and his arrival increased the number to 17 as he managed a brief try-scoring second half cameo.

It would be unfair to Economicals to describe every try but the organisation of the King’s team was just too much and even when several tackles were made the move would continue to the inevitable end. Credit where it is due through, Economicals have already started games this morning with fewer than 15 and today they gave their all for the cause. Today they galvanised themselves commendably and tackled and competed with pride and if they find a bit more cohesion they have the talent to do well.

Afterwards to players mixed in the bar and we would welcome the visitors back to Motspur Park anytime they want a game. For King's the winning run continues and results elsewhere meant a return to the top of the table where they will seek to remain for as long as they can. In the meantime there are two more fixtures scheduled between now and Christmas, Old Cranleighans at home then Mayfair Occasionals away. Two more wins are attainable but will need everyone to continue to attain the high standards set to this point.