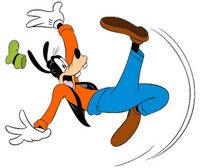 2XV Still Top After Another Stumble

Tiffs fight back to record a spirited win against league leaders.

For 30 minutes of the first half King’s were dominant. Tiffs were never missing tackles apart from once when a slip by his opposite number let George Lane run through for the first try. King’s second try was a push over try finished by Matthew Anthony. Both converted by Neil Williams.

14 points to the good the game turned. Asked to tackle King’s were too often slipping off in contact and that allowed their opponents to get beyond the gain line. This eventually led to not one but two tries in quick succession and by half time it was all square at 14 all.

Tiffs were like a team reborn and King’s never regained their supremacy until Tiffs had scored 12 more points and the game was lost. One last bizarre passage of play allowed Brook Wannop to wriggle over from close range to make the score closer.

Yet again King’s got on the wrong side of the referee despite being dominant in most set piece areas. To criticise when things are going badly is poor but to start when things are going well is quite ridiculous. A 15 against penalty count in the second half is all but impossible to deal with.

The season is now set up for a grandstand end and it is up to the team to make up for two poor performances.

Are so many subs a bad thing? Are players willing to miss out if we all think a smaller bench is better?

Let’s get back to winning ways.