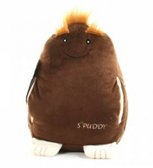 Victory in the Pool

This week seen Keswick Men’s 1sts with a fixture double header, starting off with a tricky away tie at Blackpool.

Previous fixtures between the pair have always been a closely knit affair and with the league table showing the tie to be a third versus fourth encounter, it was evident that the game was going to go a similar direction.

Keswick fielded a strong line up and although it included the skilful Seth Fletcher, Keswick were without Mark Proctor who was away on International duty.

The game began at a fast pace as the ball went from one end to the other in a matter of seconds as each time thrust forward on the attack whenever possession was regained and through one such attack the deadlock was broken.

Keswick pushed forward with what was almost their first real sign of a clear opening and after making a fine save, the ‘pool keeper could do nothing about the predatory follow up from Rikki Barnes.

Keswick maintained to hold the upper hand possession-wise and flowed forward with a fine build up mixture of pace and tactics, trying to create a move that would be worthy of celebrating. Blackpool on the other hand did not approach the game in the same manner. Although they did not have a lack in skilled individuals, pace or tactical awareness, bizarrely seemed to prefer a long ball ‘hit and hope’ mentality, smashing the ball up field whenever possible with the aimless hope of it falling to a team-mate who could conjure up a piece of magic.
Despite the ever dependable pairing of Mattear and Fennell at the back lapping up every previous half hearted ‘attack’, it seemed inevitable that one such effort would prove correct that the law of averages has its place in life. ‘Pool equalised and it was hard to judge if Keswick’s were more disappointed in the level score-line, or the fact that the home side celebrated the goal like it was a well worked, training drill stimulus - response that had come to fruition. Sadly – hockey at its finest this was not.

From that point however, ‘Pool did begin to play more purposefully and treated possession with the respect it demands which reduced the amount of time on the ball Keswick were allowed and as such brought about more of a stalemate going into the break than an even dual.

It must be noted that said scoreline would have be been different if not for some fine keeping at both ends which kept Keswick deservedly in the tie but also prevented the likes of Cook and Owen adding their names to the scoresheet.

After the break it was evident to see just how much taking maximum points away from this fixture meant. ‘Pool just edged third position but Keswick held a three game advantage over their opponents. If maximum points could be taken from those games, a potential promotion could still be a real possibility.

With that, the half began much like the first ended with both teams wary of conceding but pushing hard to edge in front. As the time ticked on the game began to spread out as the midfield battle became divided to either end. This however, allowed the likes of Cook and Morgan to further exploit the increasing gaps of the host’s defence and only a fabulous save from the home keeper denied the visitors the lead.
At the other end, ‘Pool began to throw aerial attacks in order to unstick the solid back four and although each attempt was eventually in vain, they began to cause some problems by switching to a more direct approach of bursting forward through the aforementioned gaps in midfield. However despite the tackles becoming more urgent and at times last ditch – the tackles were there non the less and the danger was cleared

Approximately halfway through the half, Keswick eventually took the lead. After breaking down another ‘Pool attack the ball went from right the left and from Swanston to Owen who drove into the ‘D’ and fizzed a strike towards goal and into the back of the net. Hints of a deflection there was many, but evidence of a care there were non.

With ‘Pool now needing a two goal switch their mentality was now clearly on the attack and pushing forward at every given opportunity. This however only aided West’s in seeking a tie defining goal which eventually came through the youthful dribble and veteran strike of Mark Bowen.

Keswick were in full control for the remainder of the game retaining possession quite professionally and letting the clock tick down. Credit to be given to the hosts though as they battled to the end, pulling a goal back near the death to give the scoreline the deserved proof of just how much a competitive fixture this was, but the day belonged to Keswick as they travelled back up the M6 with another 3 points.