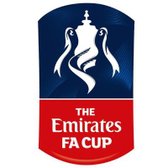 I now have the team news for manager Julian McCalmon.....read on

This Saturday BetVictor Southern League Kidlington FC take on Gloucester City FC from the National League North in the 2nd Qualifying Round of the Emirates FA Cup at Yarnton Road Stadium, kick off 3:00pm.

Kidlington will be looking to get past this round of the FA Cup for the very first time after coming through two previous rounds with 4-1 & 4-2 wins against Bishops Cleeve FC and Hythe & Dibden FC respectfully. Meanwhile Gloucester actually enter the competition at this stage. Back in 2015 The Greens met The Tigers in this very same round of this competition, in that match Gloucester ran out 4 - 2 winners whilst on home turf, though Kidlington did play most of the match with only 10 men after they had a player sent off in the 1st half.

For this weekend Manager Julian McCalmon reports that he will have nearly a full squad to pick from, the only absentees being Elliott Osborne-Ricketts and Jacob Blackstock. The good news is he will welcome back Tommy Castle and Josh Tooke who have been missing for a couple of weeks and also strikers Leam Howards & Anaclet Odhiambo.

McCalmon stated that "it's in games like these that the players can raise their individual performances, exciting games, which are great entertainment for everyone to watch. In this scenario it's a bit of a David and Goliath situation with Gloucester being two league above us, however on the day it's 11 v 11 so if we can bring our A game to the table who knows what my team can achieve".