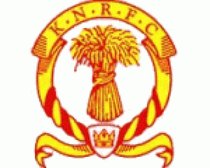 To bring a bit of poetry (and poetic licence) to proceedings... Remember, remember the 4th of November This game, it had the lot I see no reason why this great Kings win Should ever be forgot

Or according to our seasoned troubadour, Mark “Katy Perry” Waudby...

Boom, boom, boom, even brighter than the moon, moon, moon,
It's always been inside of you, you, you
And now it's time to let it through, ooh, ooh.
Cause, baby, you're a firework.

Kings Norton made the long trek over to Rugby Welsh, filled with the optimism brought about by fielding one of their strongest squads of the season. They knew also that it was going to be no walk in the park – this Rugby Welsh side has been frequently been scoring a lot of points.

From the outset the men in black, red, and gold were on fire. Not literally, but the shirt colours were most pertinent: the black coal was fuelling the red hot flames, and the golden sparks were flying left, right and centre. From a line out near the Rugby Welsh line, second row TK rocketed into the air to take the ball, before the rest of the pack began an explosive drive which culminated in captain Richard Revell going over the for the game’s opening try. The conversion went wide, but 0-5 was a perfect start for the visitors.

Each side’s supporter knew that if the hosts could get a mere sniff of the ball then their electric backs had the firepower to do some damage, but the Kings pack was always able to douse that fire. Like a wet tea-towel over a chip-pan fire, Revell’s men starved the Rugby Welsh side of oxygen. (Again, we didn’t literally suffocate the opposition. That would be a penalty offence, and probably GBH.)

Interesting aside about oxygen: it was the French chemist, Antoine-Laurent Lavoisier (1743-1794) who first identified the role oxygen plays in combustion. Where air was once thought to be one of the base elements, Lavoisier determined that one of the components of air is oxygen, which he termed “active air”. Amazing what you can remember from GCSE chemistry.

Central to the Kings’ effort was the ever-dominant scrum that was never in danger of losing its own ball, and when it wasn’t getting scrums against the head, the hosts’ number 8 and scrum half were always under pressure. The line-out was equally as effective, imperious on Kings’ own ball, and stealing plenty of opposition throw-ins. All this pressure paid off when the wham, bam, thank-you ma’am game created space for fly-half Adam Beech to release the backs. The play was finished off by winger Lee Crutchley going in for Kings’ second try, again unconverted, to bring the scoreline to 0-10.

The try was followed by a frustrating period for the Kings men, where untold forward pressure could not be converted into points. Credit must go to the Rugby Welsh men, who repeatedly produced Herculanean defensive efforts to deny their visitors. Kings though weren’t helped by a lack of composure at times, such that the desired fire-crackers were instead a minor fizz and pop. Rugby Welsh took advantage of one such error to go racing in for their opening try and conversion. Against the run of play certainly, but just rewards for their time under the kosh.

With the half-time break, Kings had plenty of positives to ponder, coupled with some self-chastisement at the opportunities that weren’t converted.

Much like the first half, Kings had the brighter start, but too much like the end of the first half, gilt-edged opportunities were missed. The hosts continued with their never say die attitude, but it was Kings who were calling the shots. Whilst it was the powerful set piece that gave them the platform, there were plenty of times when their running game was a joy to behold, be that the close support play or moving out wide. Pete Crompton went achingly close, but in this game, close isn’t good enough. Rugby Welsh kept themselves in it, and from time to time had the opportunity to go on the attack themselves. They always looked dangerous ball in hand, but more often than not, Kings had the answer to what the hosts would throw at them. This was epitomised by second row Mark Waudby. Whilst his bones crackle and creak on a good day, his rugby brain was firing. As Welsh tried to get their front five rumbling, Waudby read their prop’s run perfectly and turned him to ashes. (The poor lad seemed also to take a shot to the oo-be-doobies in the process, bringing a tear to many an eye among the onlookers.)

As the Rugby Welsh attack was snuffled out, Kings themselves went on the offensive, in the shape of Chris Hands, who was born offensive. From the initial rampage, the support came in wave after wave, before up popped Hands again in what seemed to be the final charge for the line. The dogging defence held him up just short, and his offload couldn’t be gobbled up by the eternally-hungry Kris Fenn. If at first you don’t succeed, then try again. And try again Kings did – getting a try! Number 8 Sam Back had been immense all afternoon, and after another galloping attack, he off-loaded to captain Revell who went in under the posts for his second try, King’s third, with Shane Rees added the extras: 7-17.

The ultimate result seemed certain with mere minutes left on the clock, but Kings wanted that fourth try and the bonus point. Again they went oh so close, but as the ball went loose, the Rugby Welsh 13 pounced on the ball, and was suddenly off for an 80 yard run-in. Despite scoring under the posts, the centre inexplicably missed a simple conversion, but it took his side uncomfortably close to Kings: 12-17.

With 90 seconds on the clock, Kings’ thoughts turned simply to closing the game out. The restart went deep into opposition territory to peg the Welsh back into their 22, and again Kings went for the all-enveloping choke-hold to run the clock down. The final whistle blew and Kings were flying high with a hard fought win away from home, but also with the knowledge that they had at least another three try-scoring opportunities that went begging. This Kings Norton side are only going to get better and better.

The final word must go to the ever-poetic Mark Waudby. When asked to sum up the game in the style of Elton John, he cleared his throat and sung:

“And I think it’s going to be a long long time
‘Til Revell scores twice again in one game
We are the men, next week we are at home
Oh yeah yeah yeah, today we’re rocket men
Rocket men, turning up the heat on everyone”

Next week, Kings are back on home-turf, with the 2nd XV in Merit League action against Stourport 2nd XV.