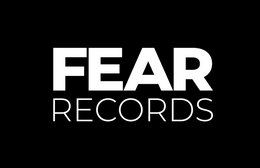 Fear Records have been an invaluable sponsor of Lancaster City in recent times, donating a large sum of money to help restore the club's storm-damaged dugouts in March. The new deal will see Fear Records emblazoned across the front of City's home shirts for the next three seasons, demonstrating the company's continuing support of the Dolly Blues and the club's commitment to supporting local businesses.

Fear Records CEO Darren Mills expressed his delight at partnering with Lancaster City:
“Music and football bring people together. Football doesn't exist without music. The universe itself is said to pivot on a kind of music chant and heaven itself revolves around the tones of our football fans. To have the opportunity to support and work with our local football club as home shirt sponsors for the next three years is a privilege, and we look forward to seeing the team go from strength to strength. Viva la Dolly Blues!”

The club is proud to play with Fear Records as the home kit sponsor for the next season and beyond.