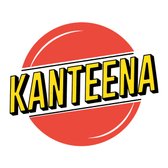 Lancaster City extend partnership with Kanteena for a further year

Lancaster City Football Club is delighted to announce that it has extended our partnership with Kanteena for one more year. Kanteena, in addition to being one of the city's most popular social spaces, has been providing food at City's home games and will continue to do so for the following season. They have also listened to the fans, varying their menu with new items, while serving pie, peas and gravy, as well as burgers.

Lancaster City would like to thank Kanteena for supporting our club not only with food but also by hosting a number of up and coming sportsman’s dinners, the first of which is at the end of June with a well-known and charismatic manager. Keep an eye out for further announcements!