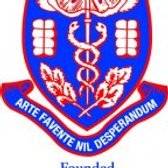 The new decade and 2nd half of the league season started with a dramatic game at Esterchem Park with Leek losing….

….to an inspired Tamworth side which is starting to regain its form from last season.

Leek's back line was changing again with Jack Newton Taylor at full back and Matt Churchill and Dan Sharratt on the wings. Nick Palmer and Naz Narawa were in the centre as Kini Buli started at 9 with Isaac Reaney at 10.
Bobby Cheadle, Ed Cheadle and Joe Newton Taylor were in the front row and Joel Booth and Jake Bainbridge wee at lock. George Hunt, Reece Milner and Billy Kidd made up the back row.
Lewis Dunleavy, Matt Tanner and Rob McDermott were on the bench.

The game kicked off and from it the Tamworth 10 cleared for a lineout on half way. Leek's line was won and incredibly the forwards then mauled over the line for a try by Bobby Cheadle inside 2 minutes. Isaac Reaney missed the conversion on the left but Leek led early 5-0.
On 7 minutes, a clean break by the Tamworth centre set up a penalty chance in the Leek 22 for in at the side of the ruck and the kick succeeded. 5-3.
On 13 minutes Tamworth took the lead deservedly when the Leek forwards were caught off feet at the ruck and the penalty from in front sailed through. 5-6

The next score belonged to Tamworth too as their backs played with inventiveness and pace to keep Leek on the back foot. Great passing by the backs led to an overlap on the left for the score. A good conversion followed and on 30 minutes it was 5-13.
Leek's Matt Churchill nearly scored for Leek in the right corner on 33 minutes but was bundled into touch near the line. With Leek pressing in the Tamworth 22, Kini Buli was yellow carded for illegally playing a man in the maul and then as still the Leek pressure mounted with a series of penalties the Tamworth prop was carded for a high tackle.

Leek opted for the line and the Tamworth lock was carded for playing the man in the air. The next lineout was cleanly won by Leek and from the driving maul Joe Newton Taylor crashed over for Leek's 2nd try he conversion missed but the half time whistle blew with Leek only 10-13 behind with the stat of the 2nd half seeing them with a 14 - 13 man advantage for nearly 10 minutes.
The 2nd half started poorly for Leek as they squandered territory and gave away penalties allowing Tamworth to gain man parity without looking like scoring. As the Tamworth prop came back on Leek were under pressure under their own posts and after a warning for penalties Jake Bainbridge was carded for slowing ruck ball. Tamworth opted to scum and again as Leek were penalised until eventually the referee awarded Tamworth a penalty try with the last infringement being George Hunt losing his binding for which he received a card as well on 60 minutes. 10-20

From the kick off, Tamworth formed the ruck and Bobby Cheadle was carded for dangerously charging at the ruck from the side. Leek were down to 12 men with referee forcing Leek to scrum with a full 8 despite Leek's front row functioning and then on 70 minutes a general fracas started after 2 players were left fighting on the floor. The game had reached boiling point with the referee threatening captains with more serious action and thereafter the players calmed and got on with a great last 20 minutes. Yes, the running clock played out 55 minutes for the 2nd half in the gloom.

On 72 minutes Reece Milner made a telling break into the Tamworth 22. From the scrum Leek got to the line and then from a quick penalty Kini Buli went over on the left. The conversion missed but at 15-20 it was game on.
Tamworth's 10 missed a simple penalty on 83 minutes before slotting a more difficult one on 85 minutes. 15-23.
On 90 minutes the killer blow came from a delightful chip by the Tamworth scrum half over the ruck allowing the centre to un on and take the ball and score in the right corner for Tamworth's 3rd try.
The conversion missed but at 15-28 Leek was playing for a losing bon us point and a try bon us point.
The opportunity came when Joel Booth scored a try on 94 minutes but Isaac Reaney couldn't find the conversion and at 20-28 Leek had their 4th ty but Tamworth had their win.

The loss sees Leek drop to 4th place as Stafford edged Longton and Leek will be looking to bounce back at Walsall next week on the all-weather surface.
On January 18th, Leek travel to Malvern for the semi final of the Midlands Intermediate Cup with a KO of 2