Harrison Park is the home of Leek Town, here with the help of some never previously published photos on the web we take a look at how it has changed over the years.

One of the earliest photos we have showing any of Harrison Park is this team photo from 1954. The factory on the opposite side of Macclesfield Road can clearly be seen in the background along with the end house in Grace Street. 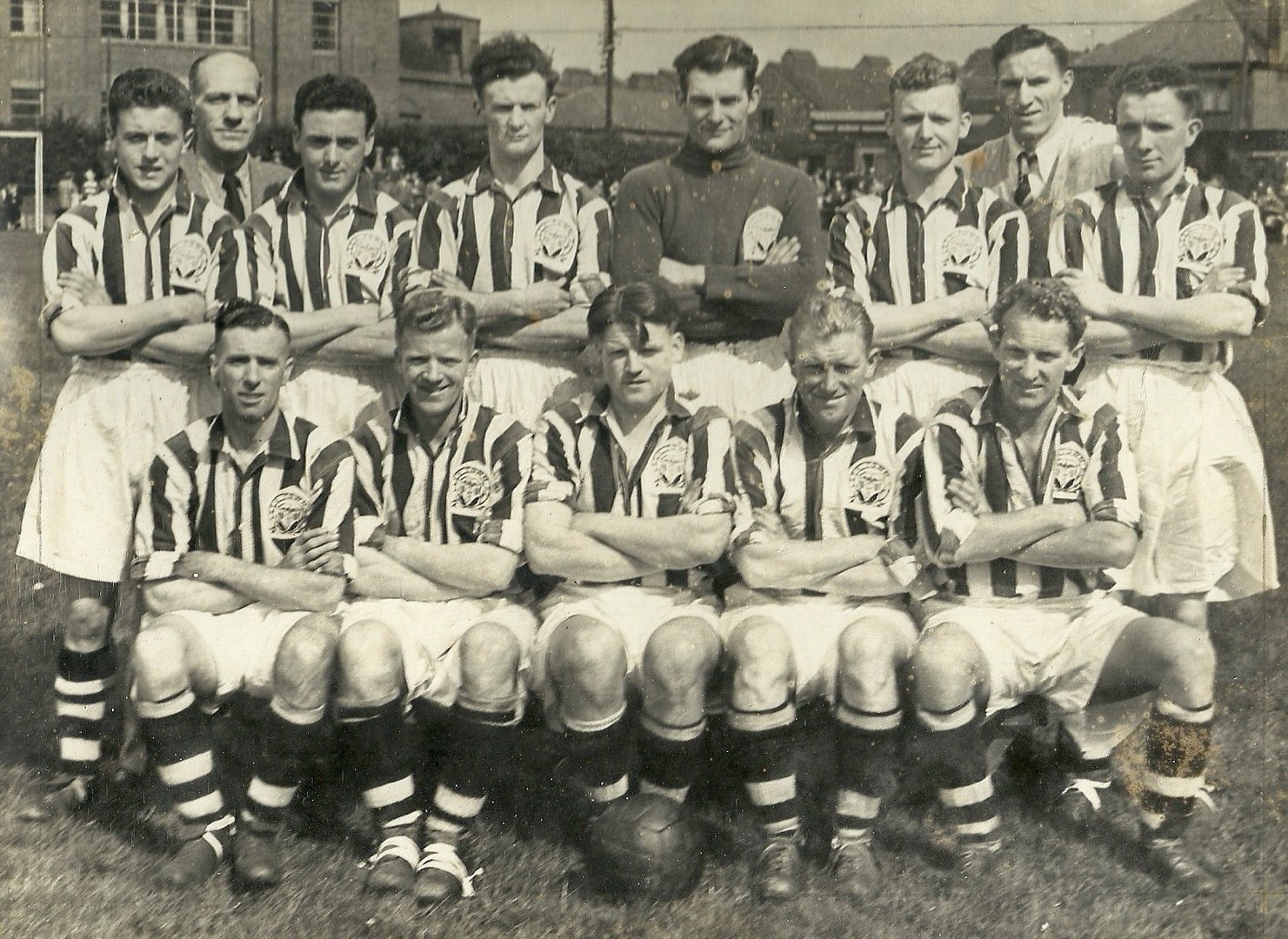 This team photo from 1974 was taken in front of the old main stand. 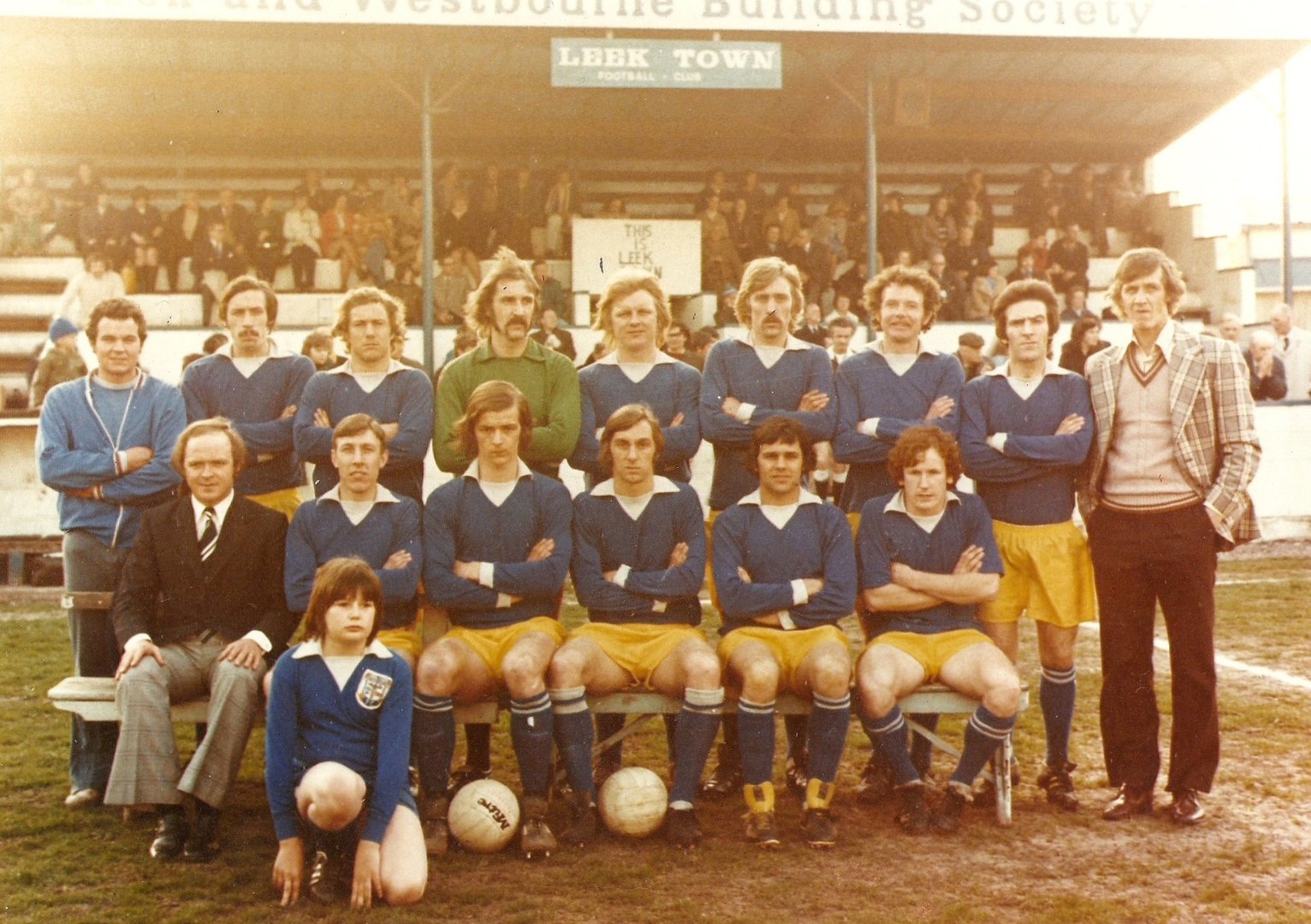 The following two team photos are from the early 1980's. The first shows the Macclesfield Road end with the fence now in place although this is no roof on the end at this stage.

This photo has the Kiln Lane End in the background which at this stage was simply a grass bank. 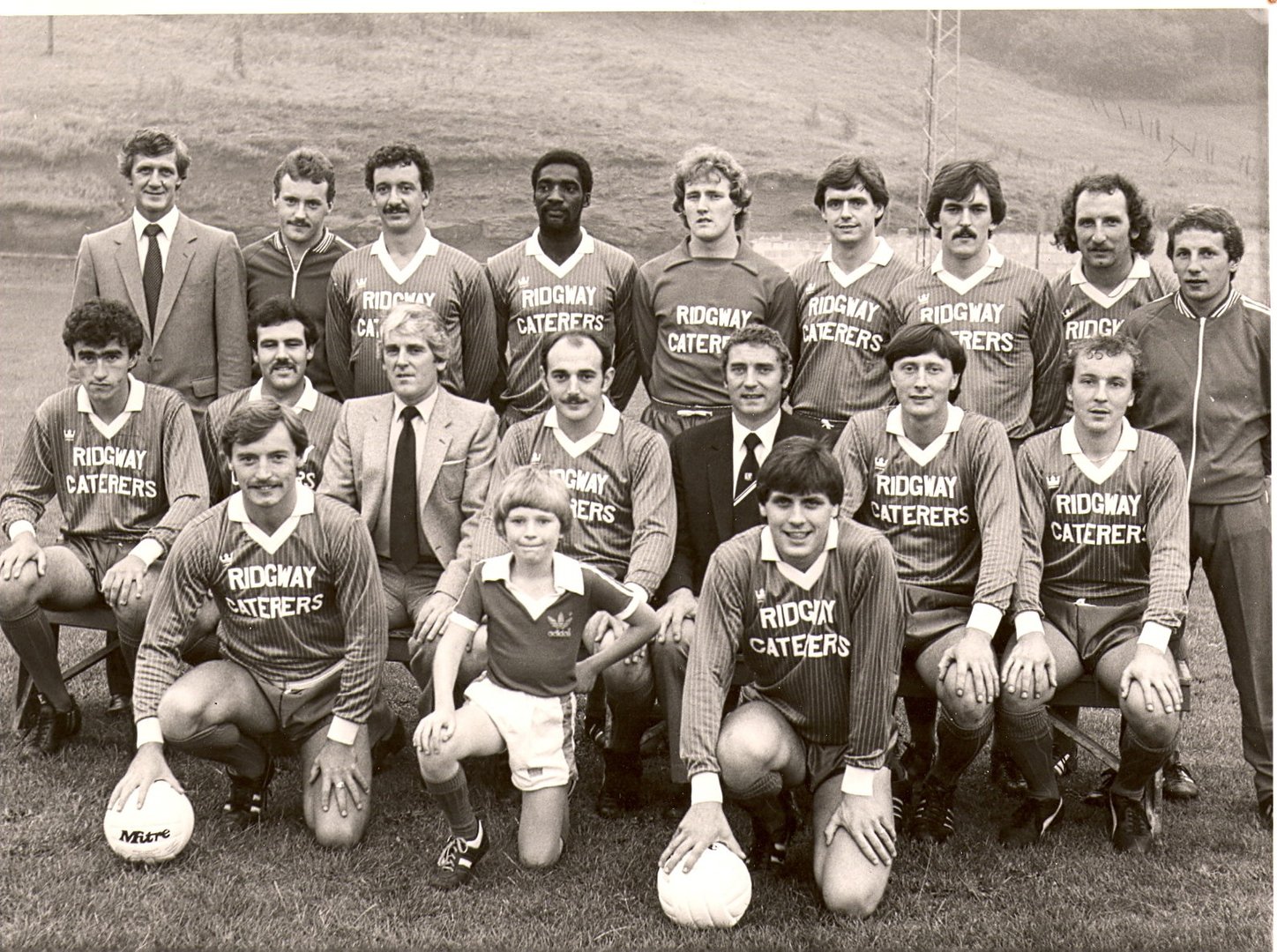 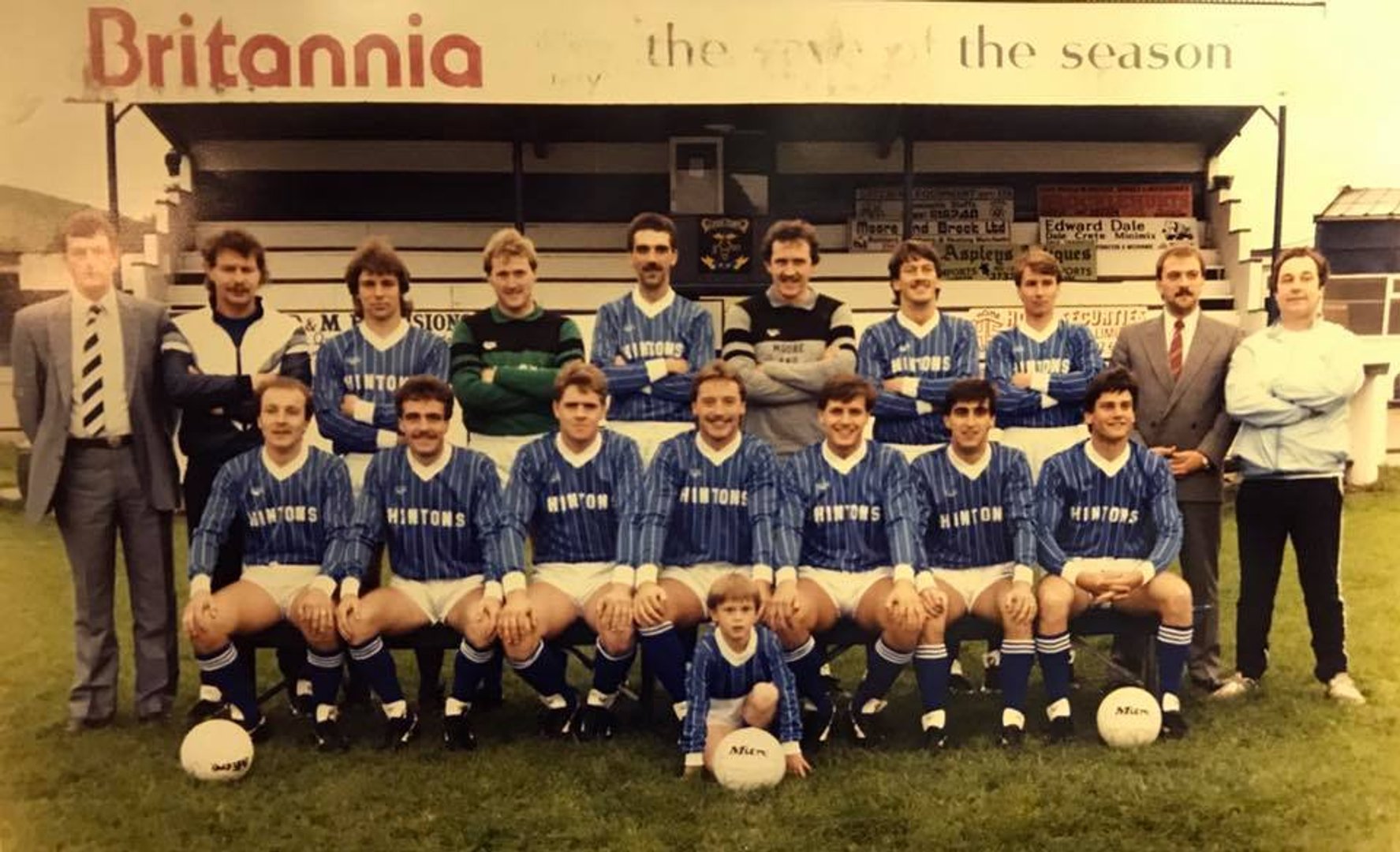 ... and this was the old main stand in it's final guise before it was knocked down at the beginning of the 1990's. 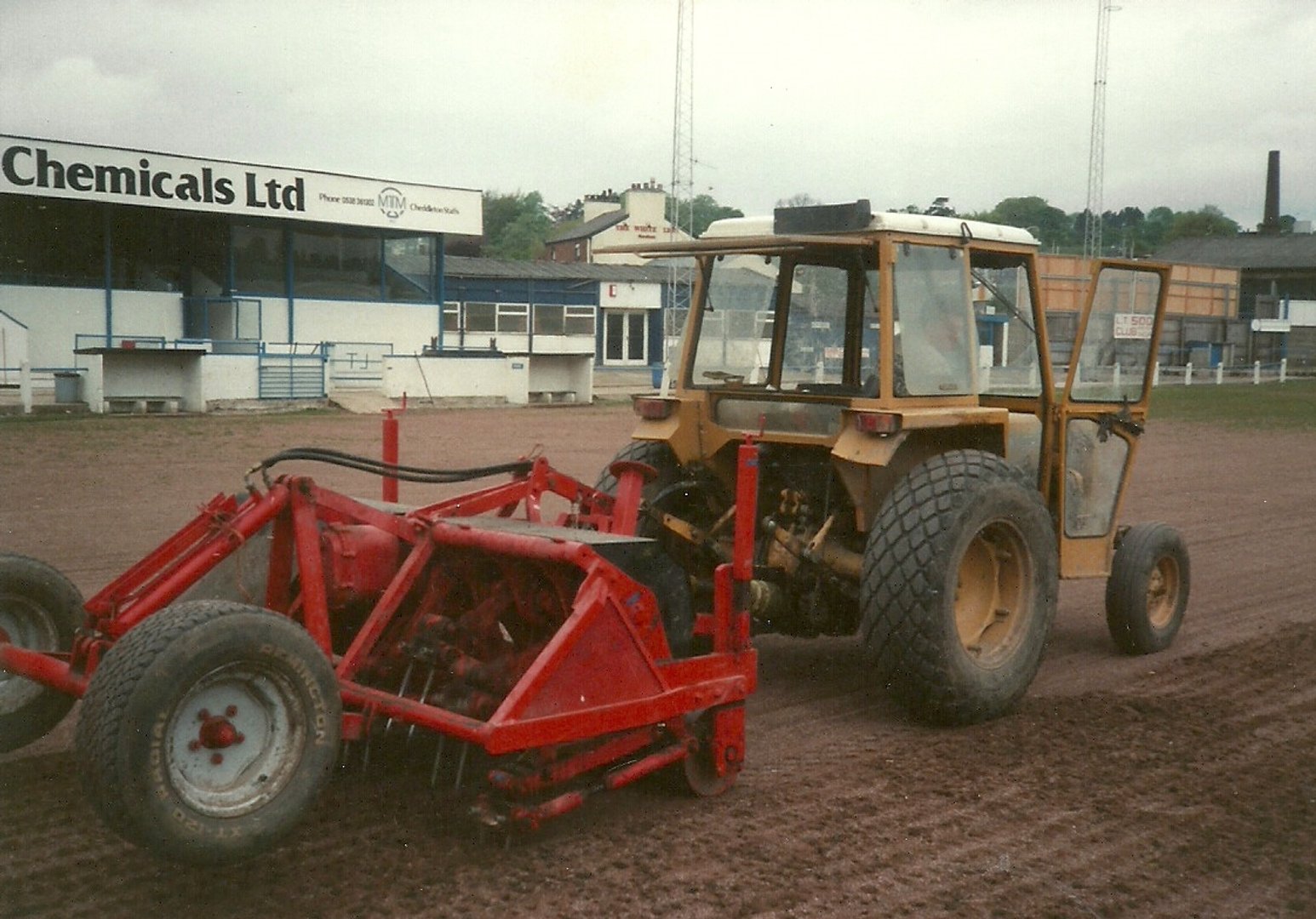 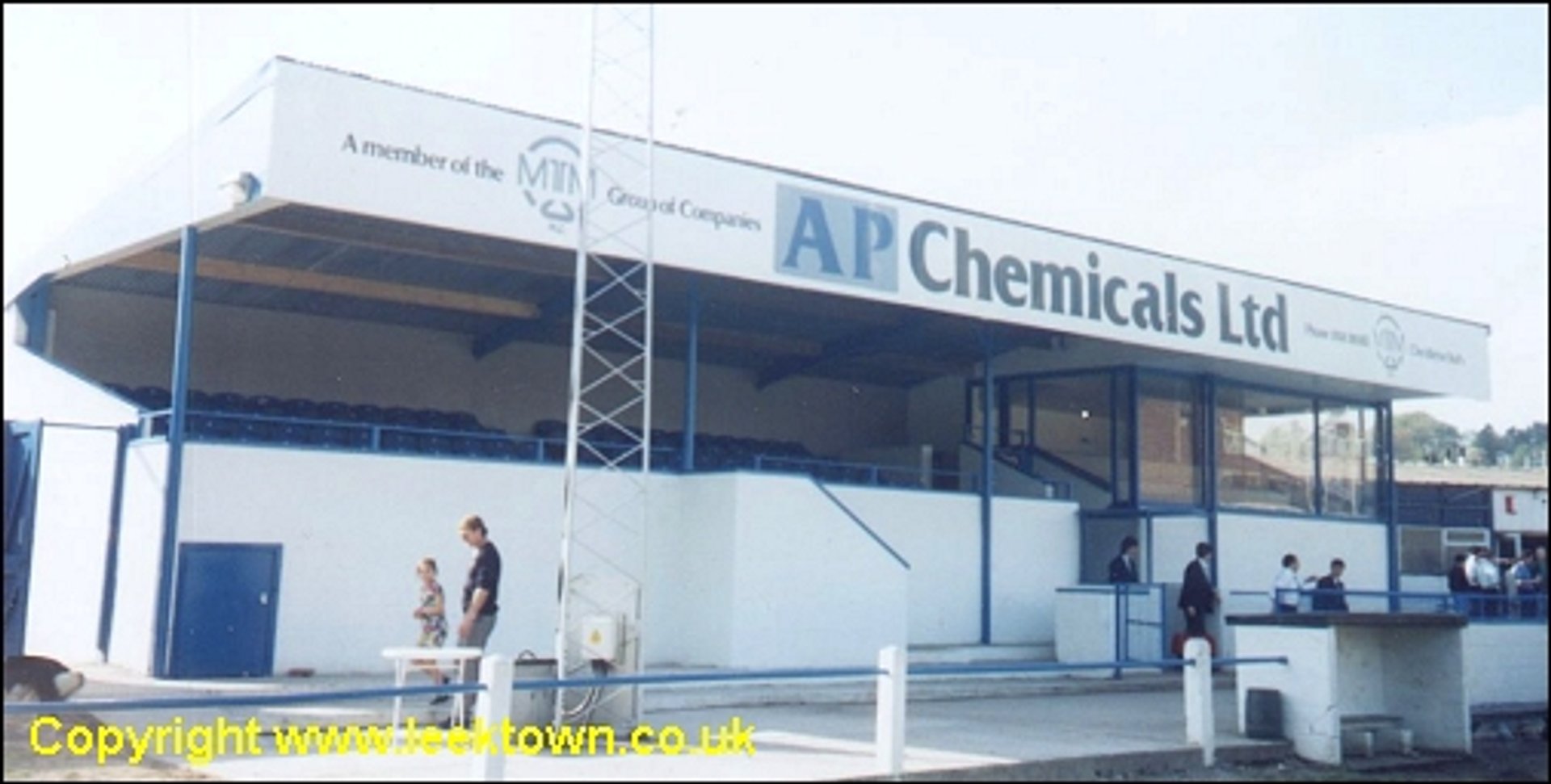 This photo was taken of the ground from Kiln Lane during the run to the FA Trophy final in 1990 and shows the bank end is now enclosed with a roof over it. 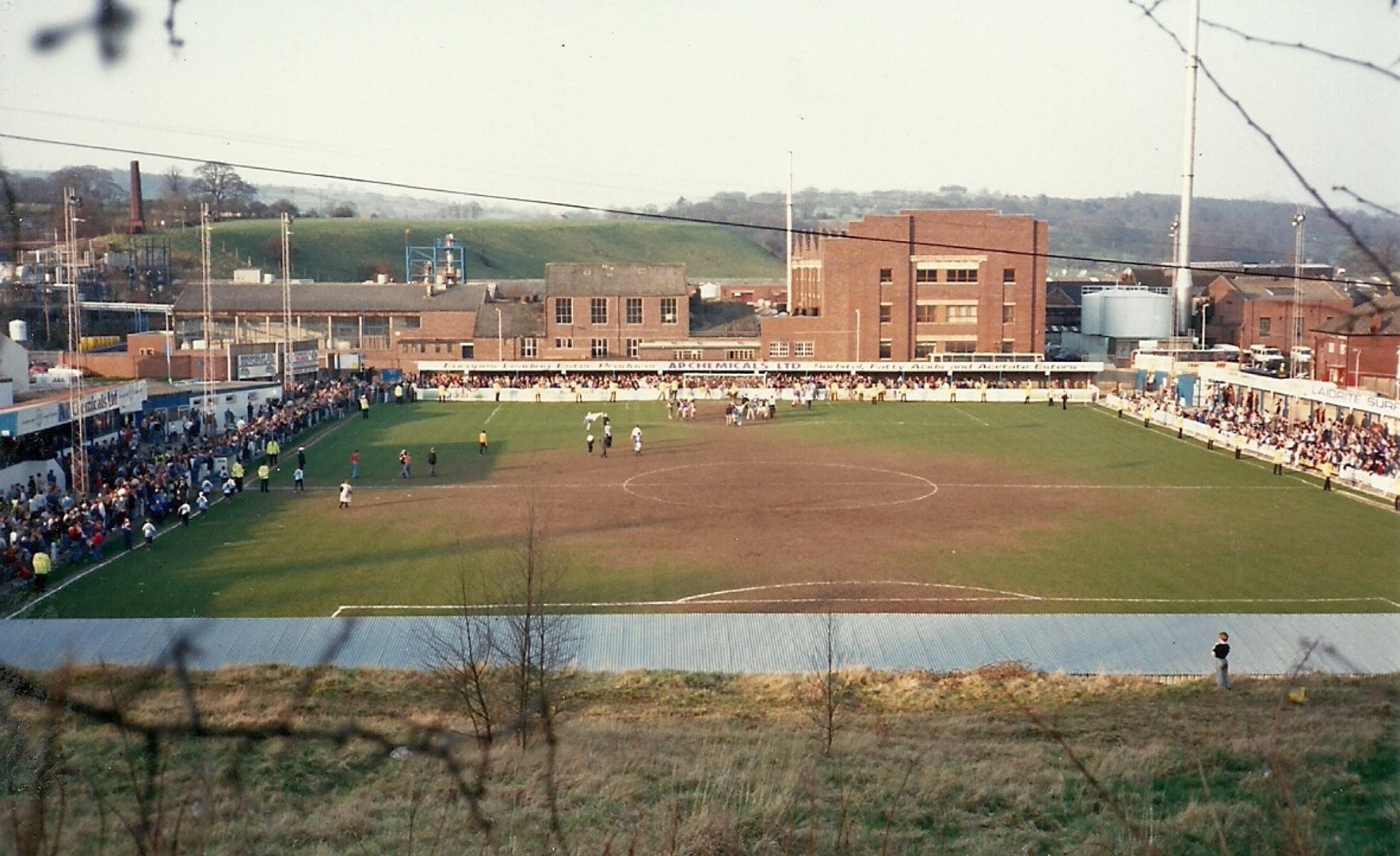 The following photos show the construction of the main stand which is pretty much still the same today as when it was first built. 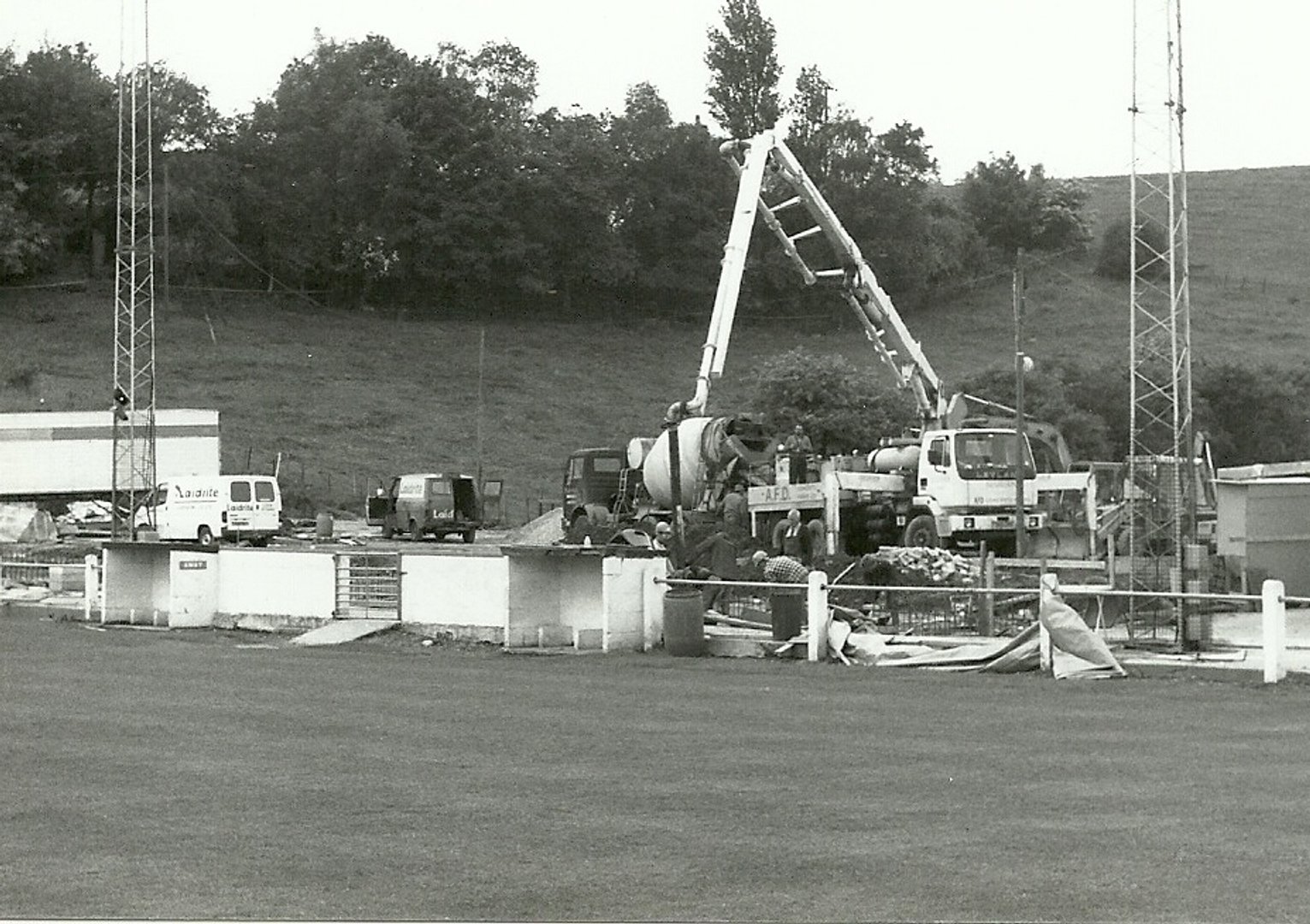 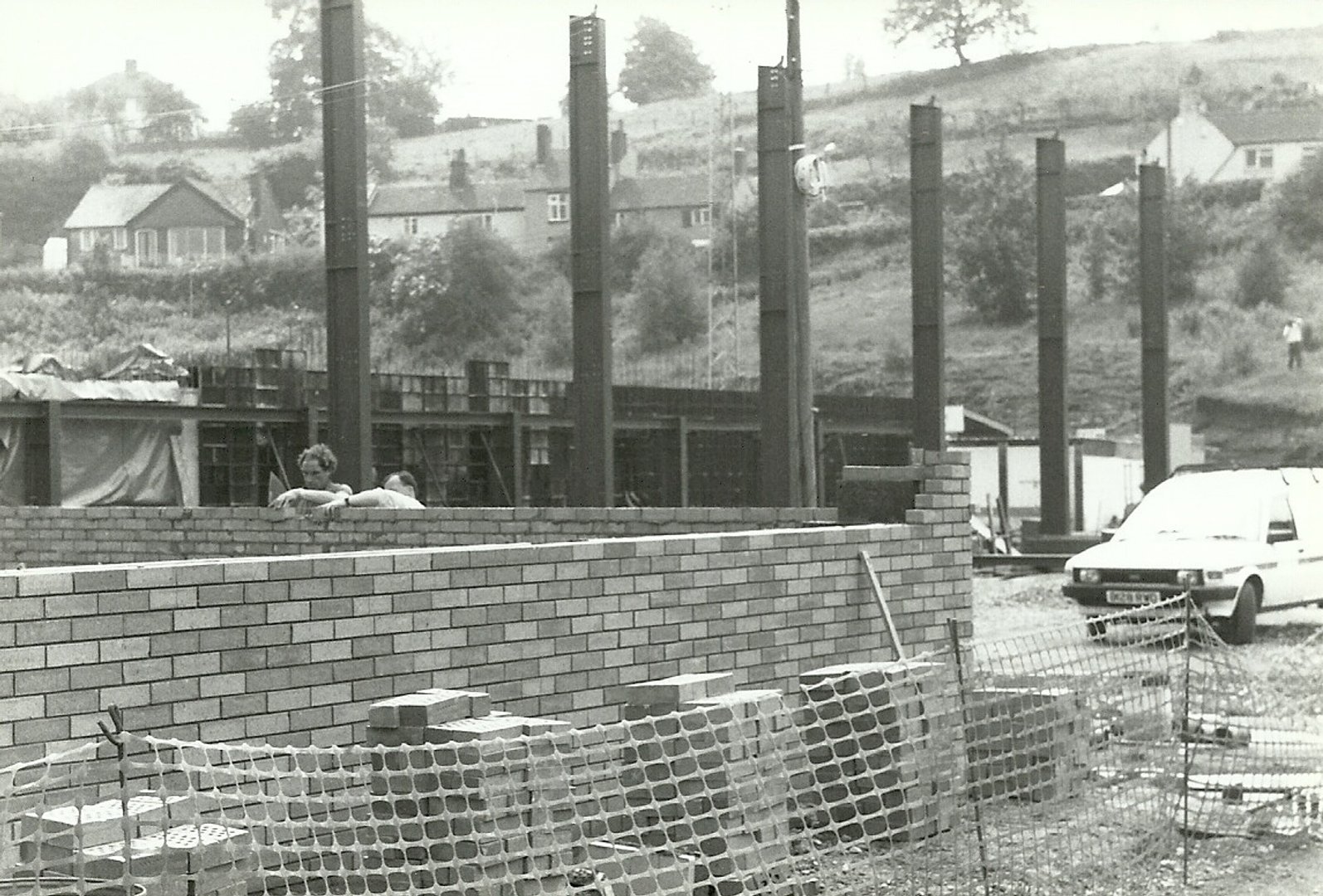 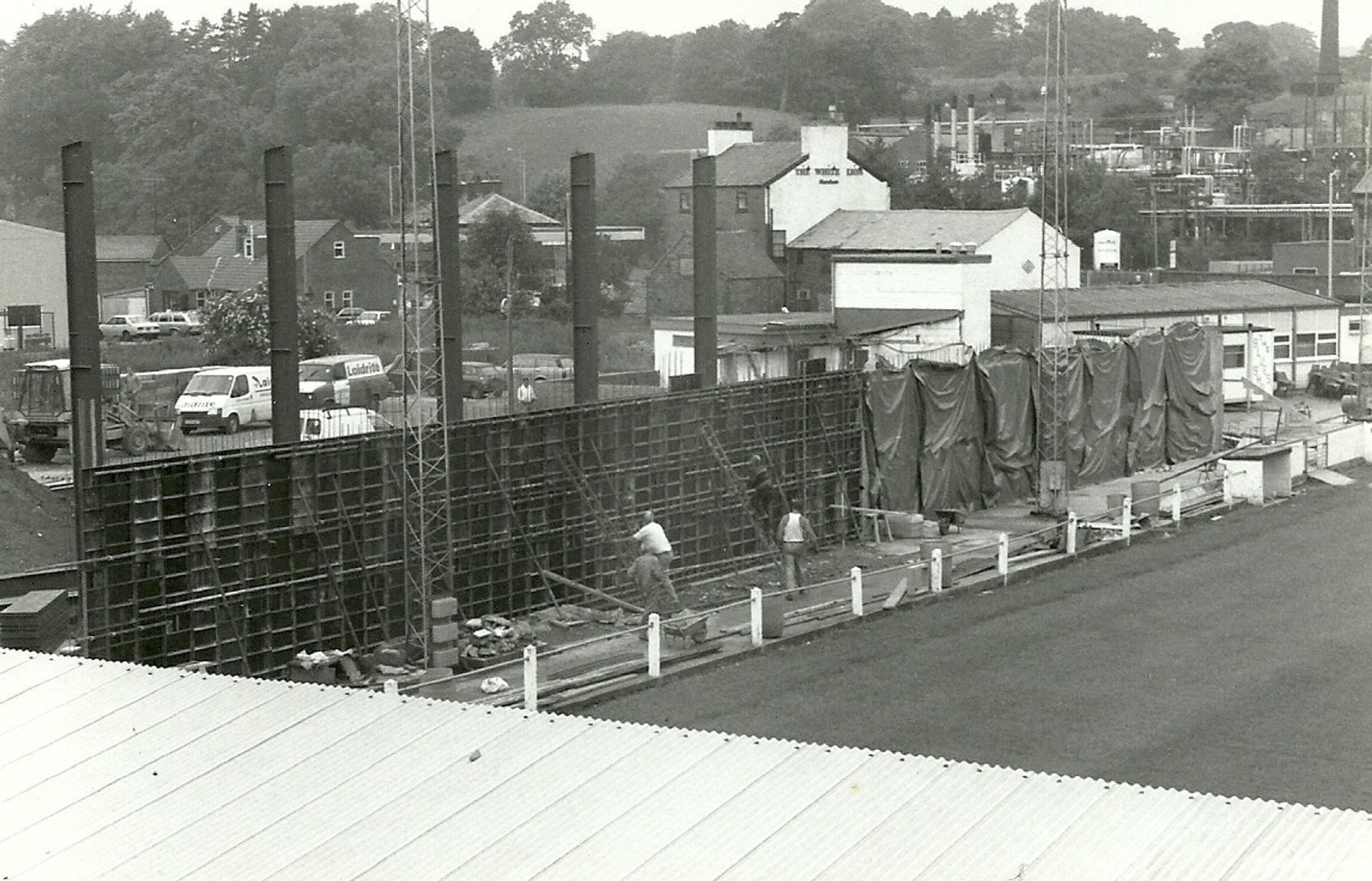 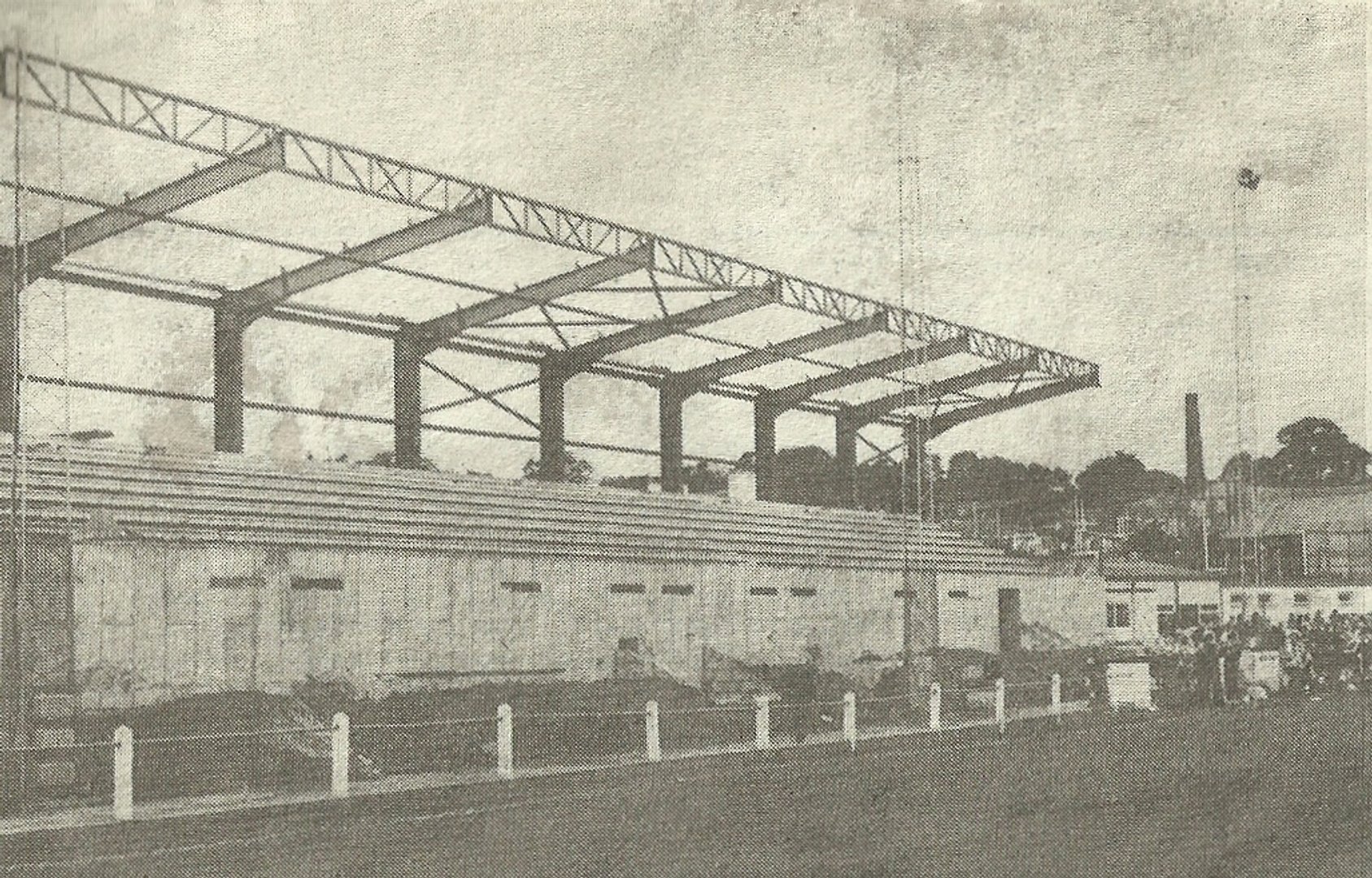 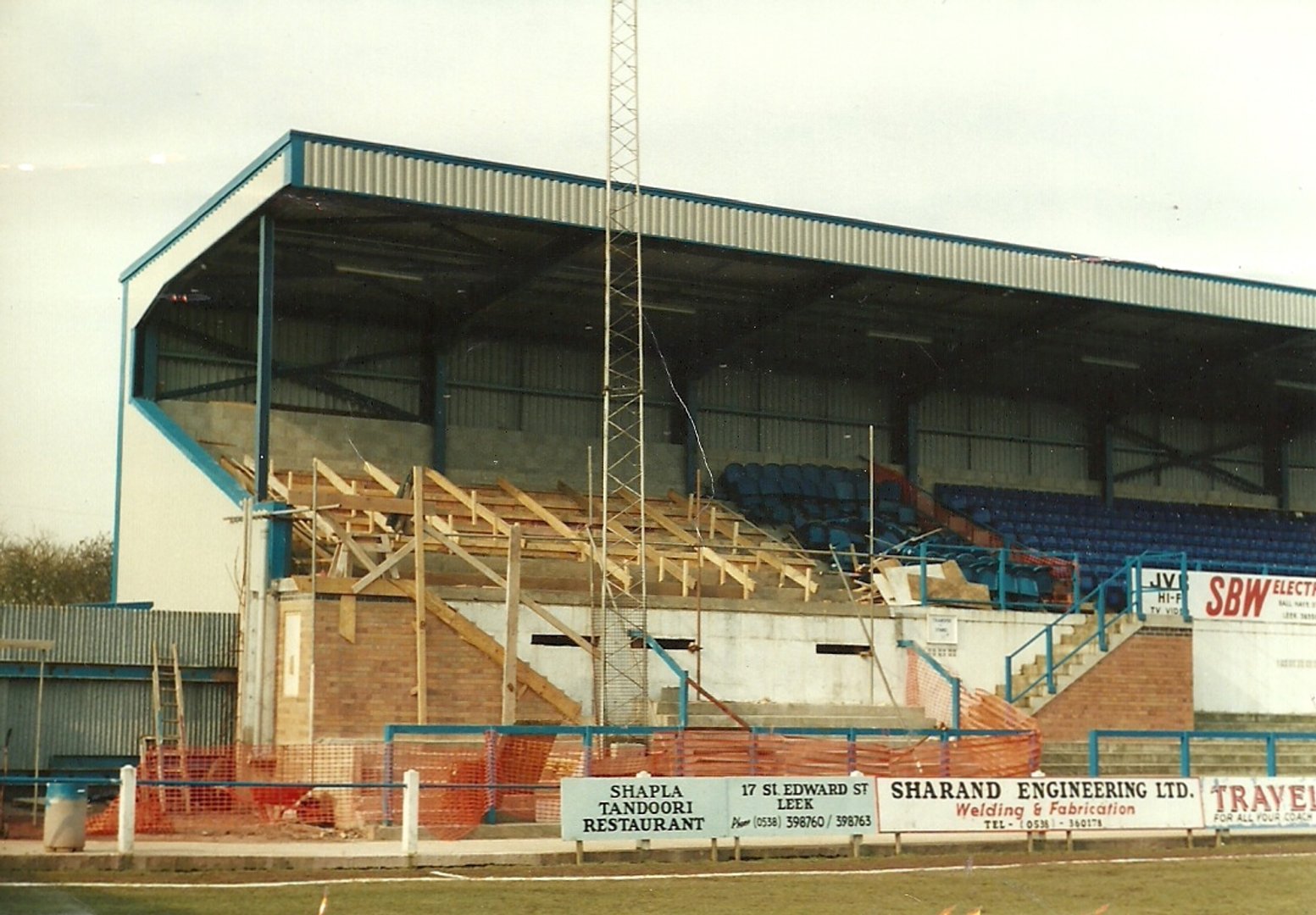 This picture was taken in late 1990 showing efforts to clear the pitch of snow before the FA Cup tie with Chester City. By now the Macclesfield Road end is covered. 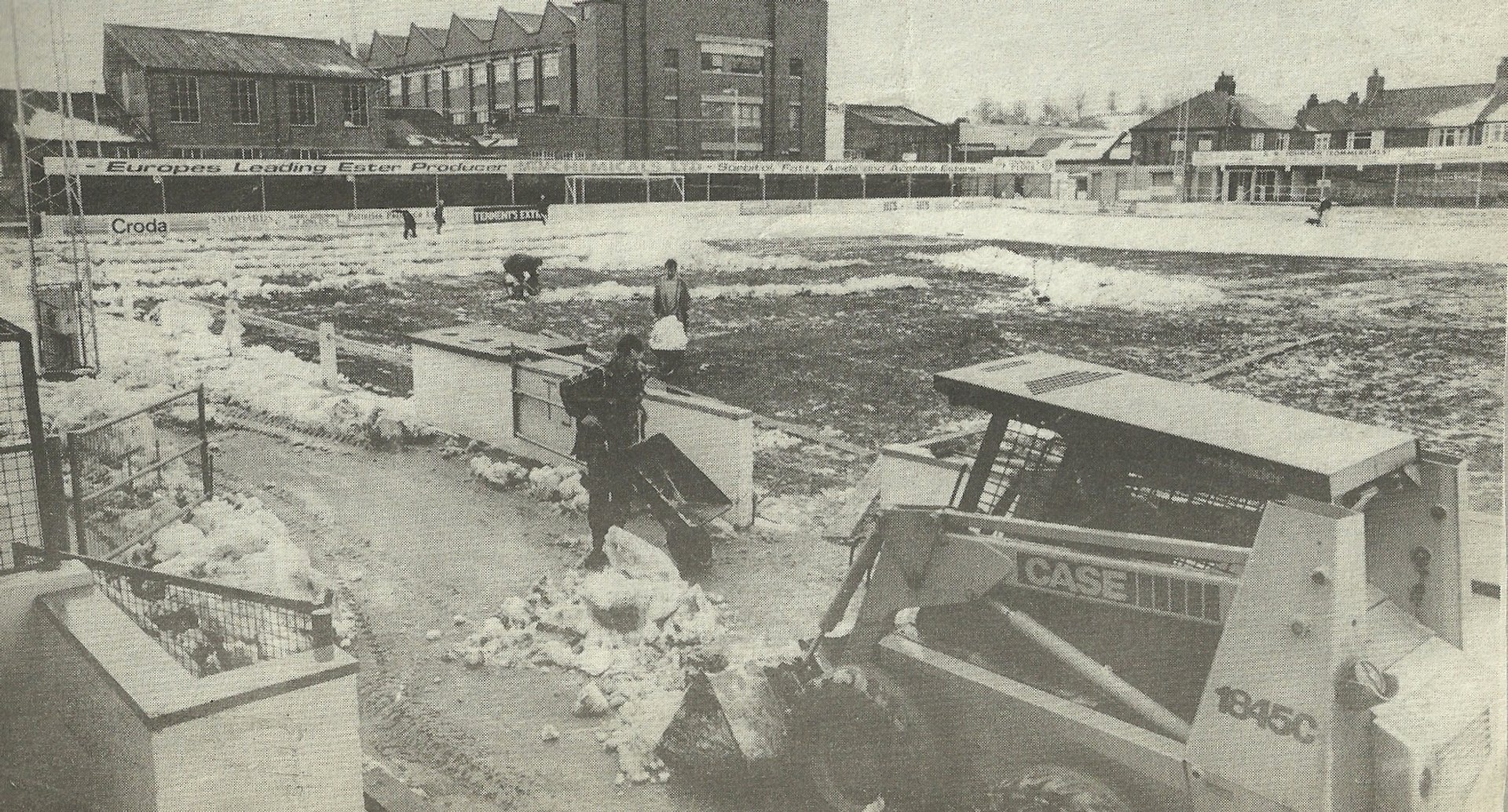 The ground remained largely unchanged until a floodlight upgrade was completed in 2007.

The next major project was to replace the ageing perimeter fence and dugout, pictured below on the night of the final match before demolition in 2012. 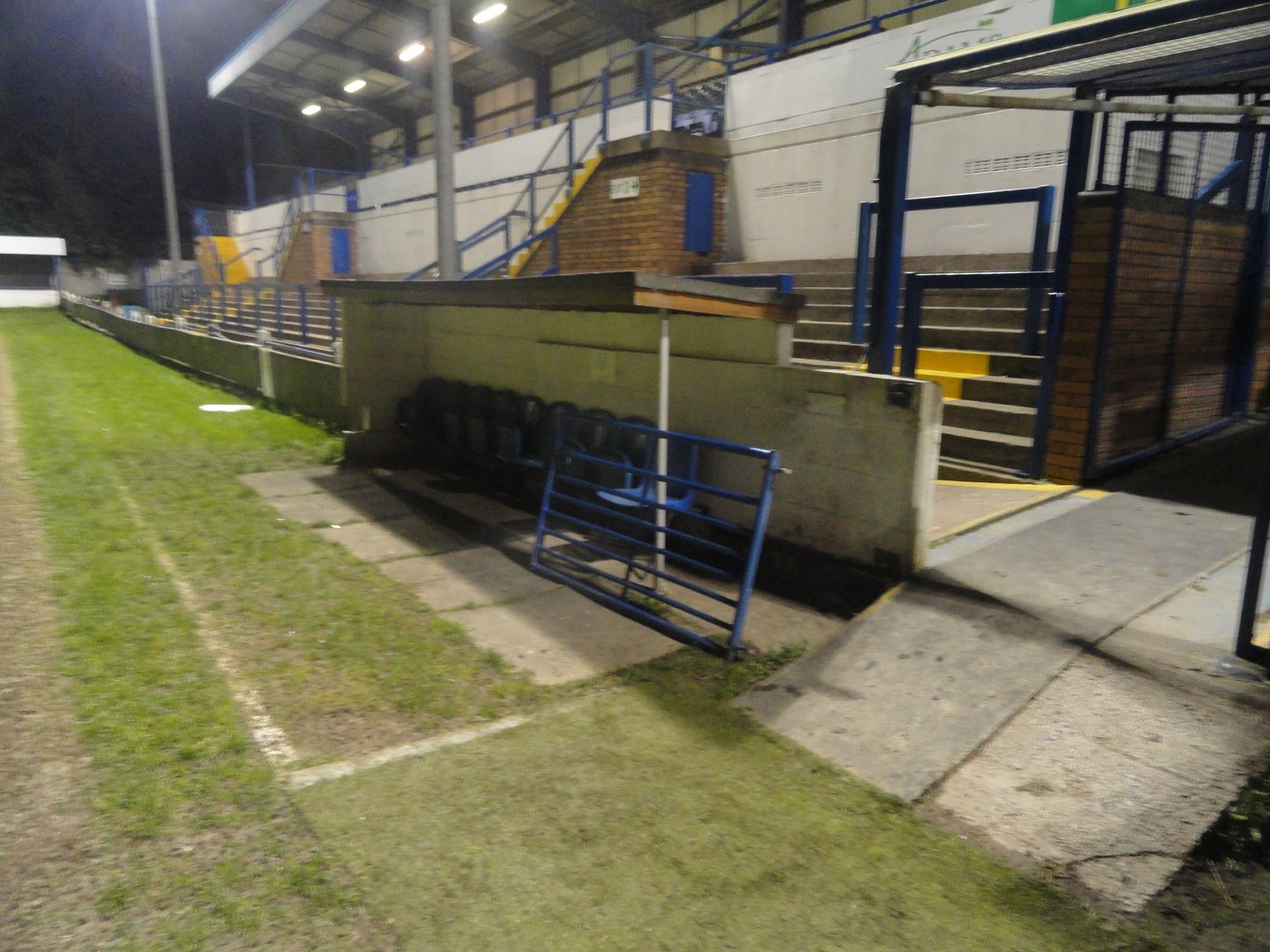 Below, some unusual shots of Harrison Park as matched were played with no perimeter fence on some sides of the ground. 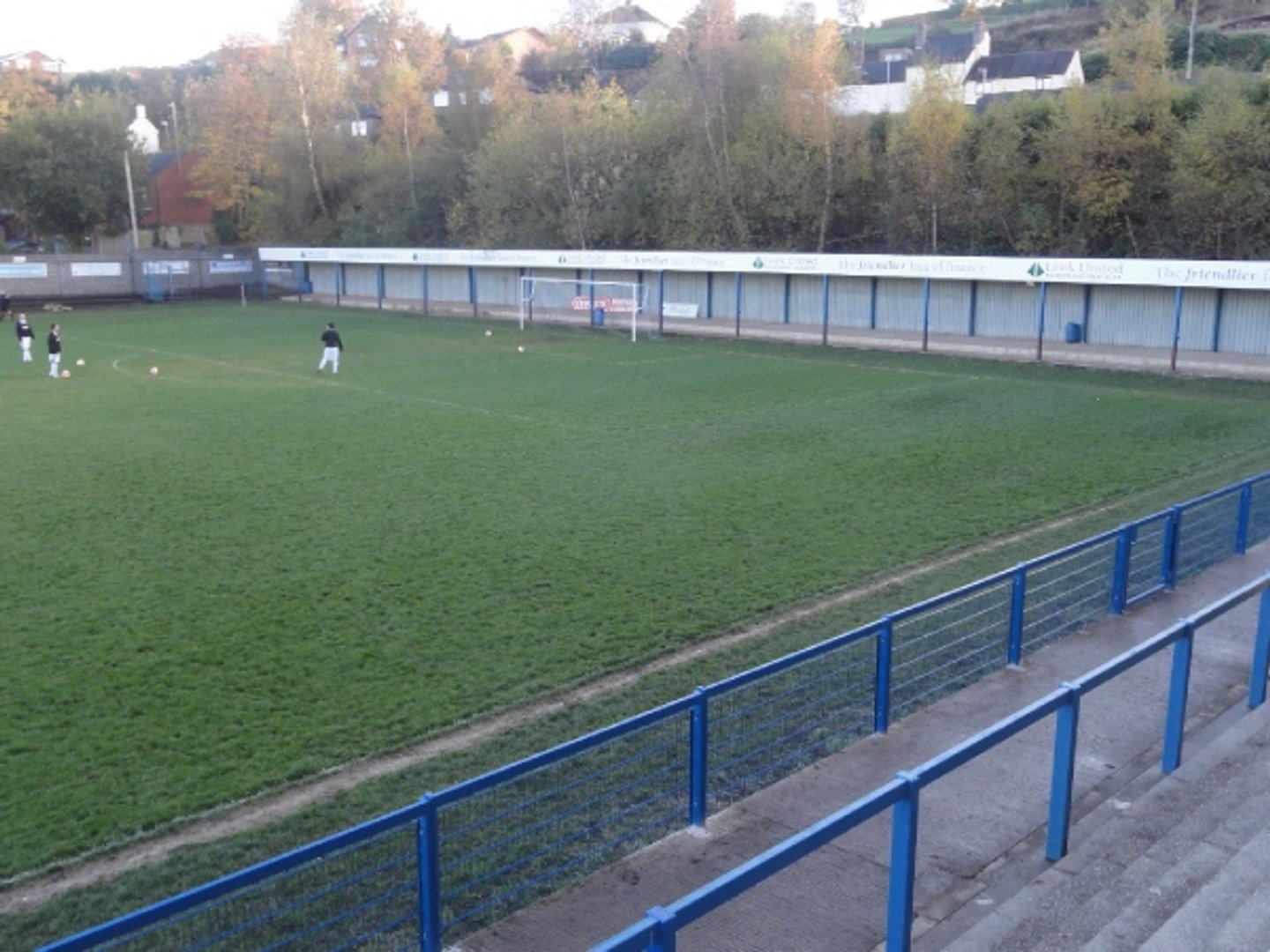 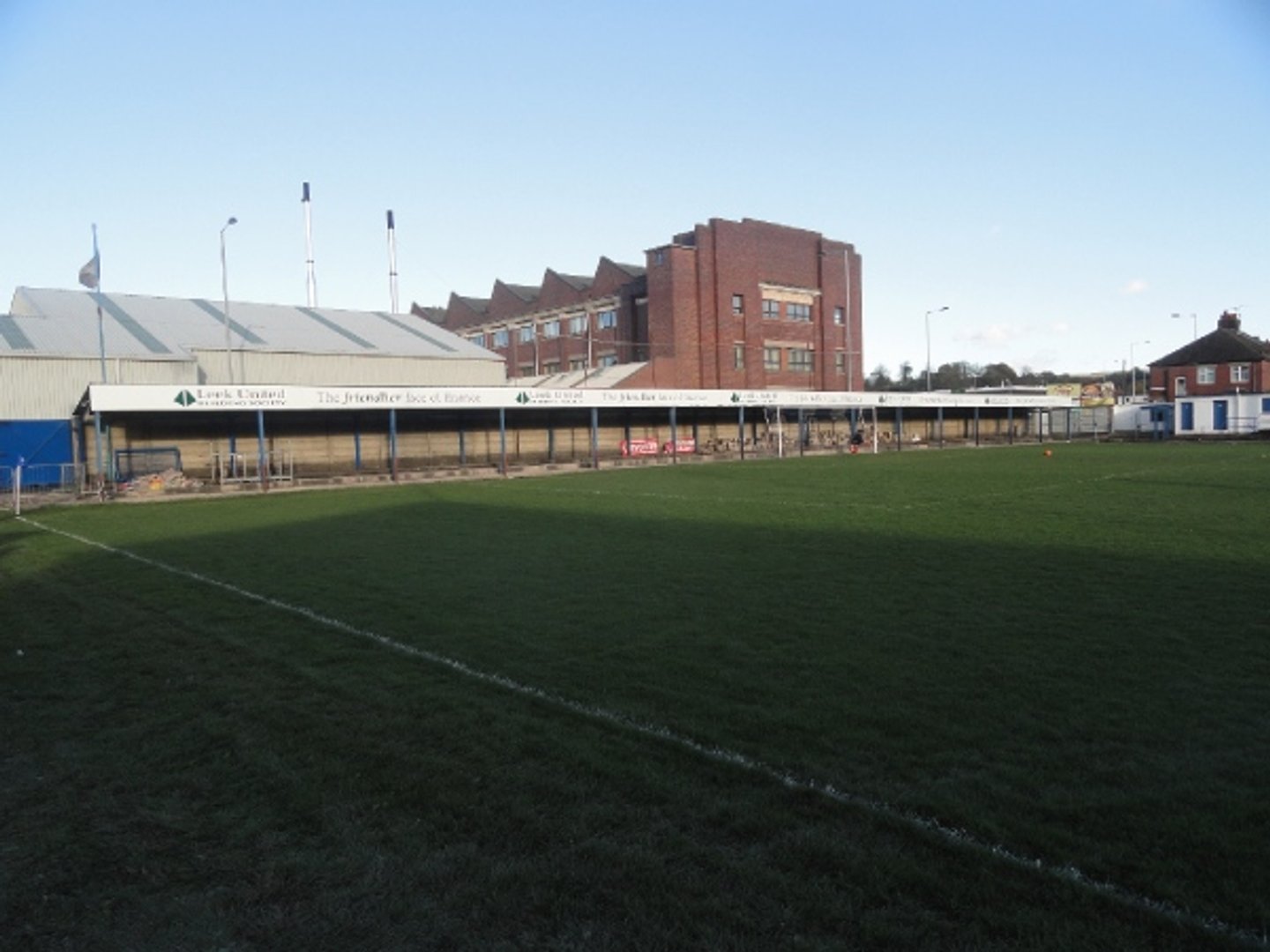 New dug-outs were added at the same time. 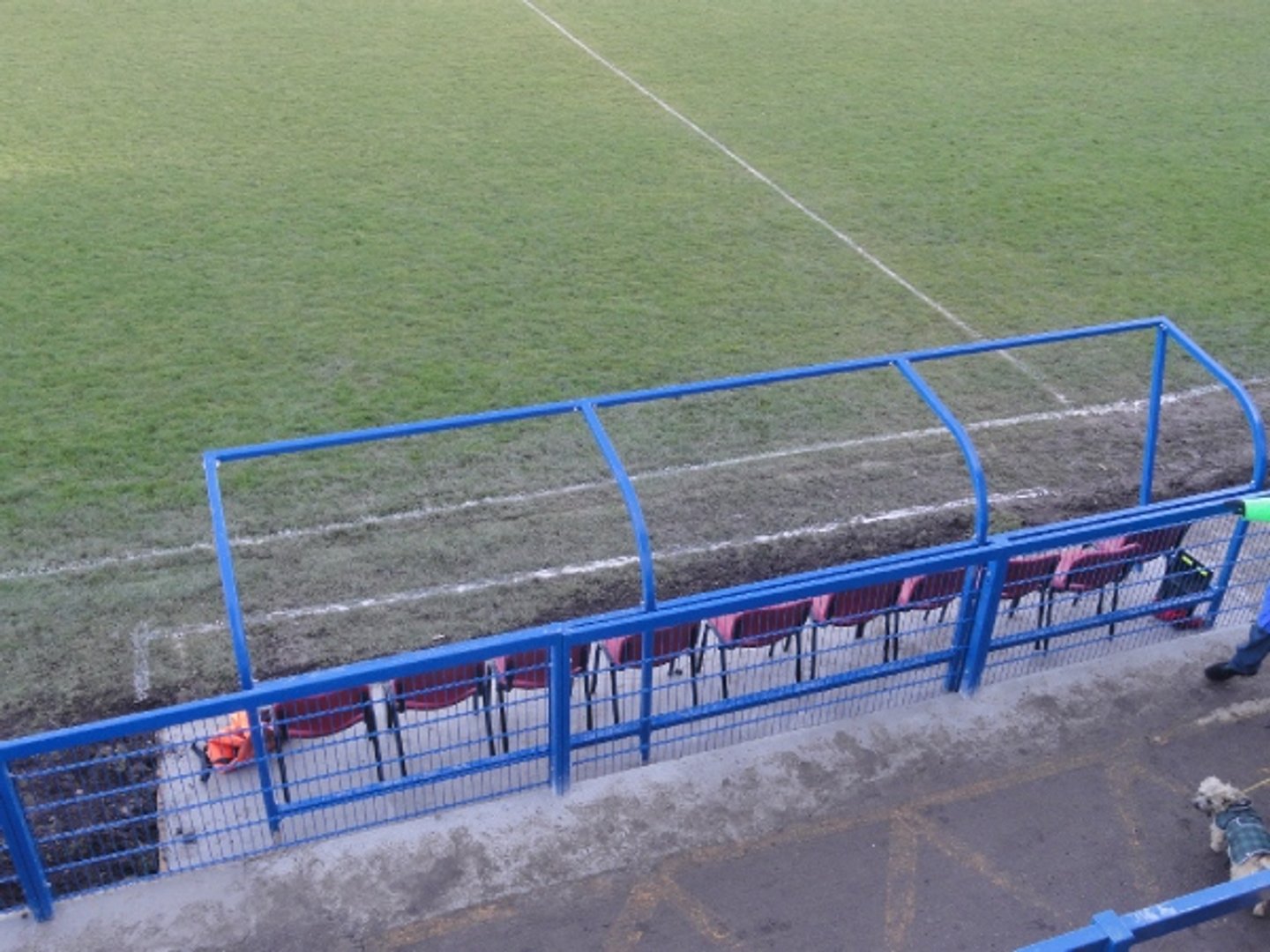 The work finished in early 2013 and transformed the look of the ground. 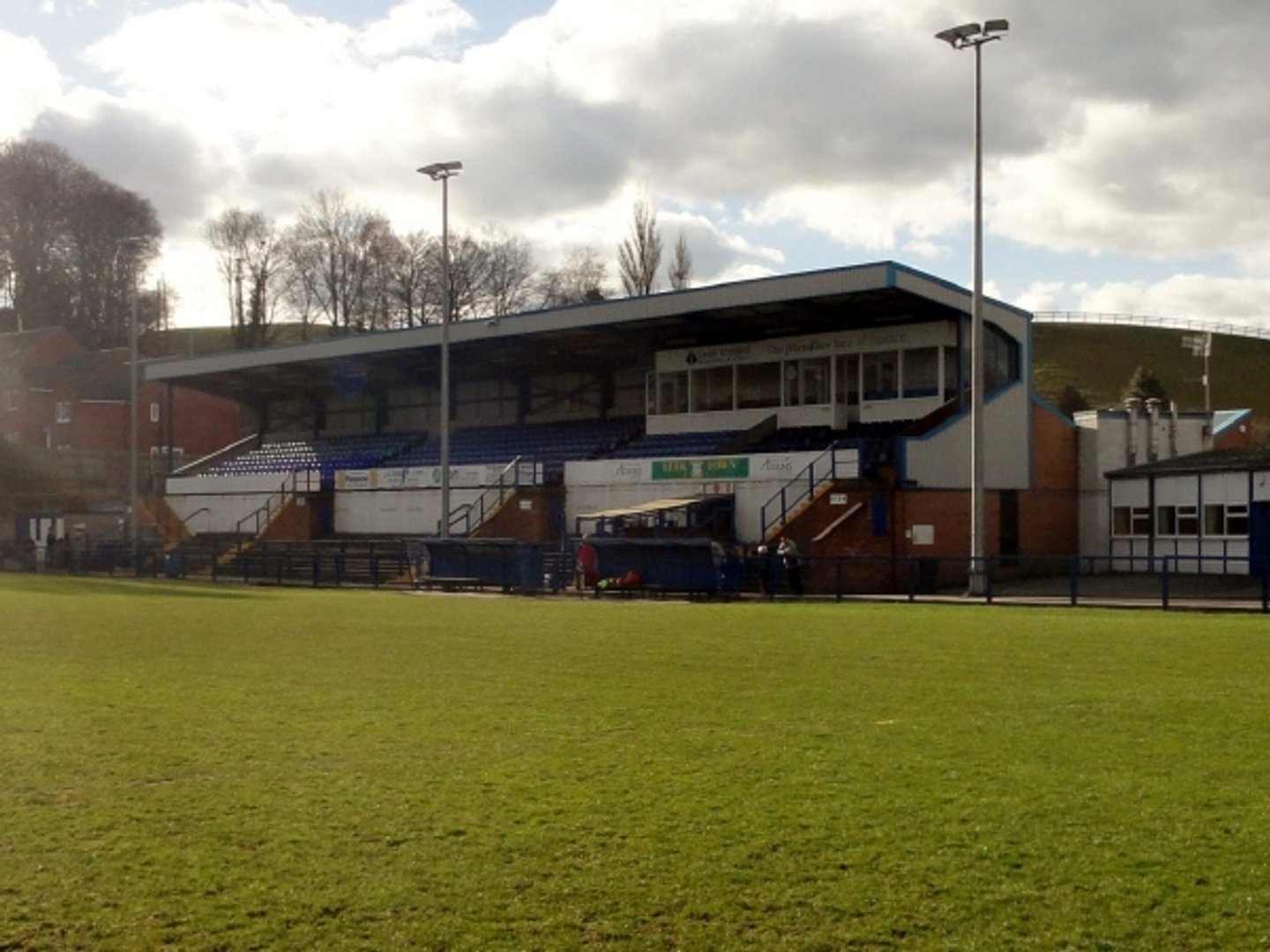 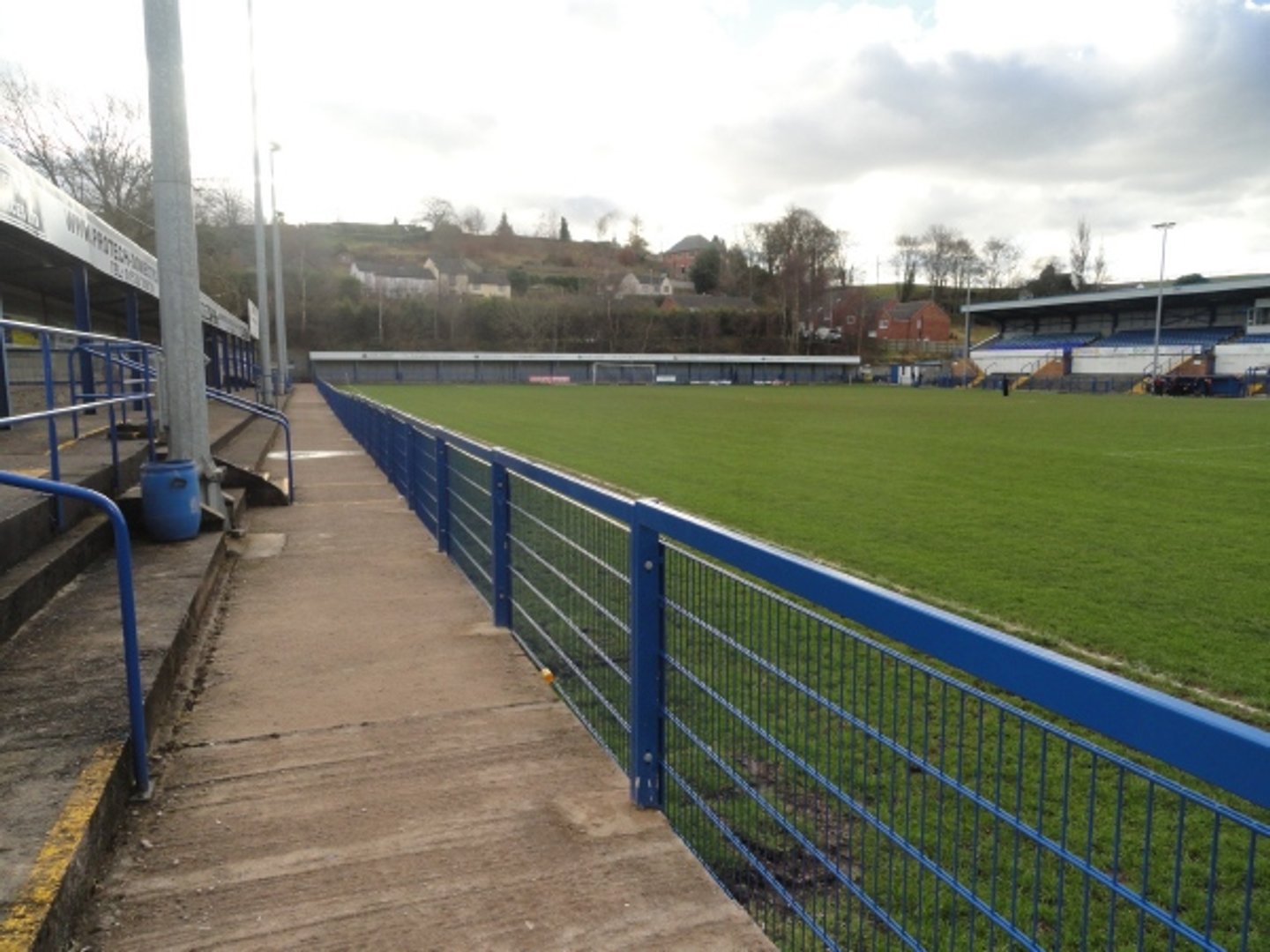 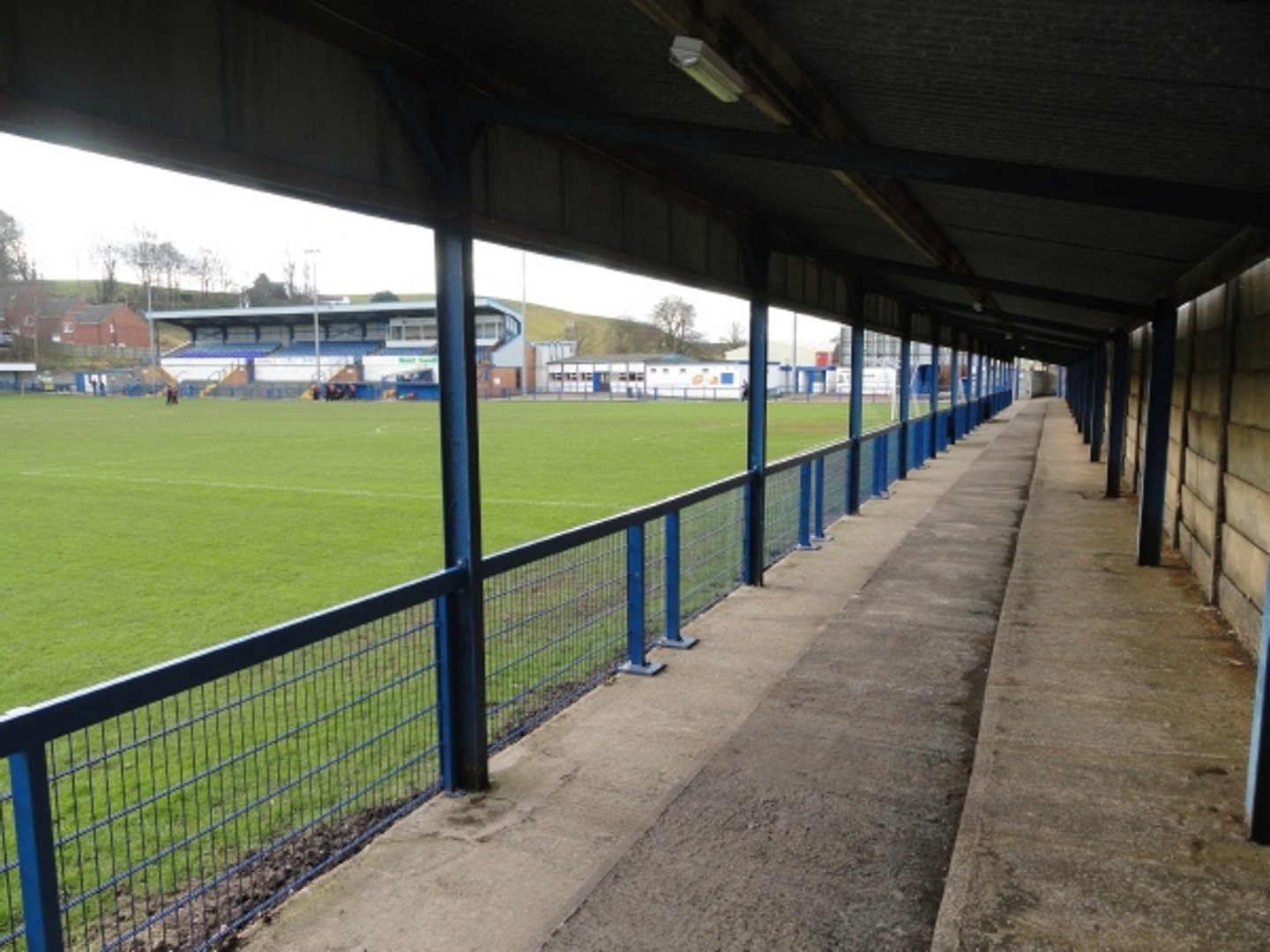 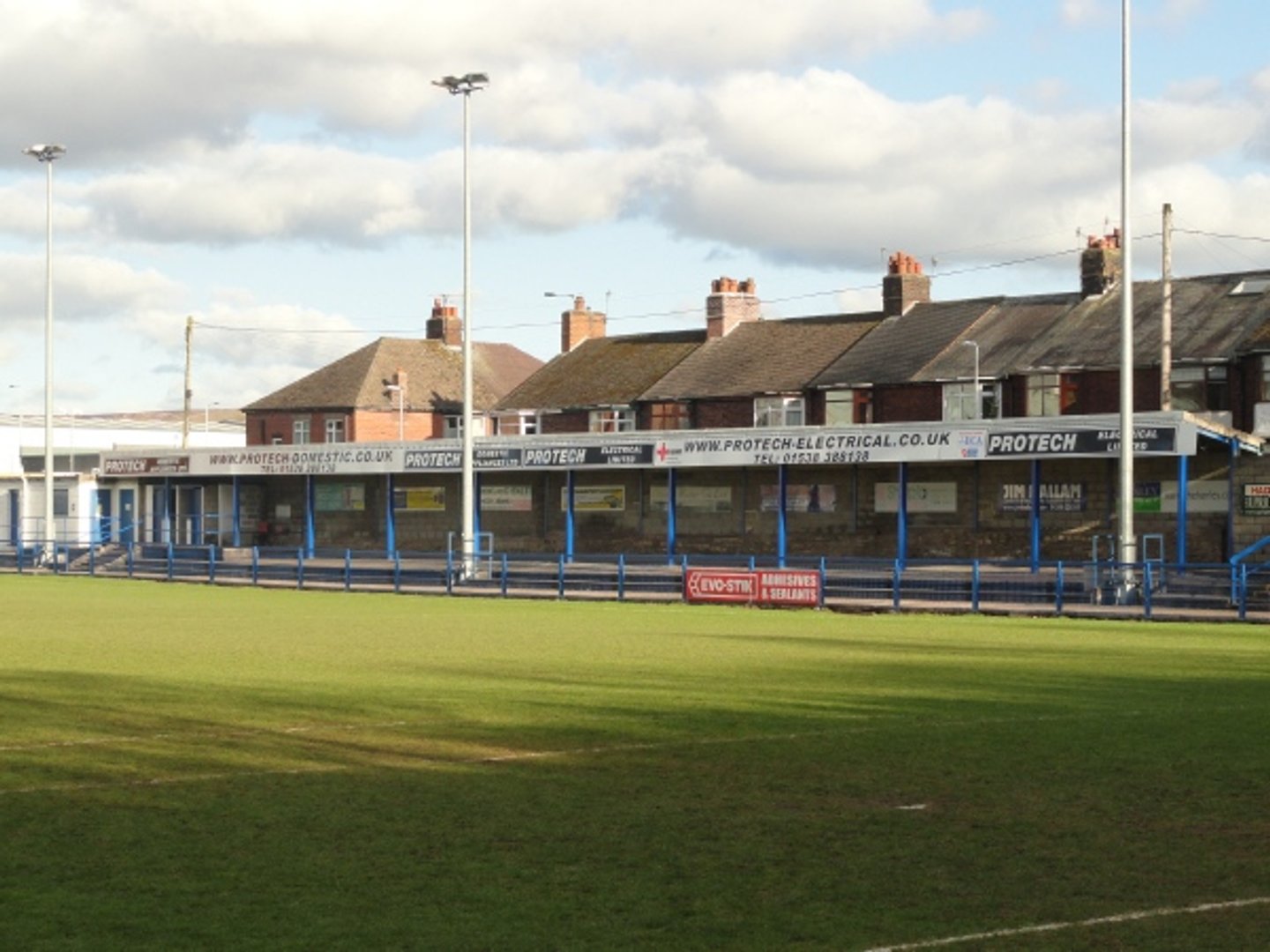 Whilst all of the work had improved the facilities for spectators, there was still one major problem - the playing surface as shown here in this shot from a match in December 2013. 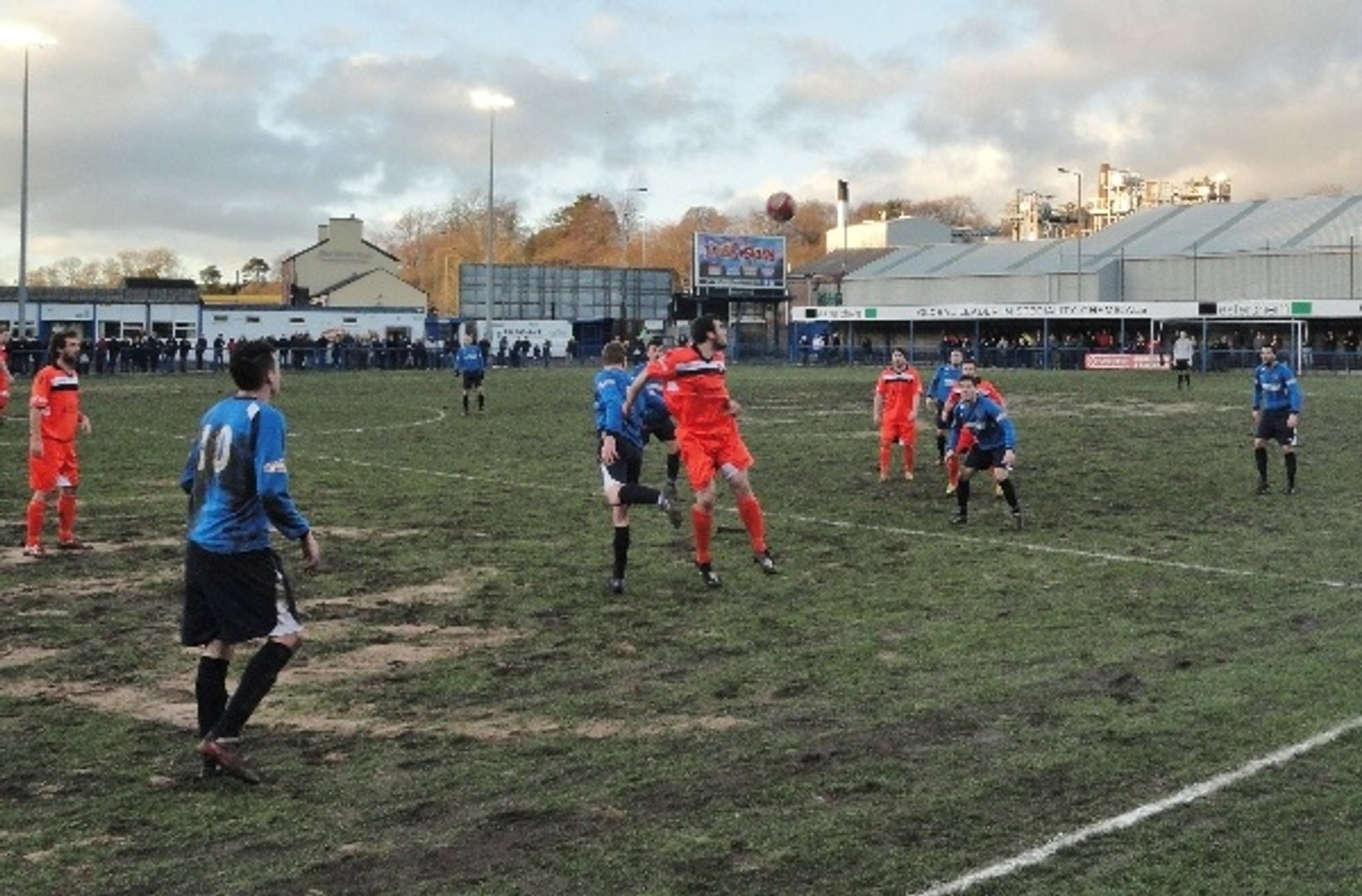 A grant was obtained to replace the playing surface and this was carried out in the summer of 2015. 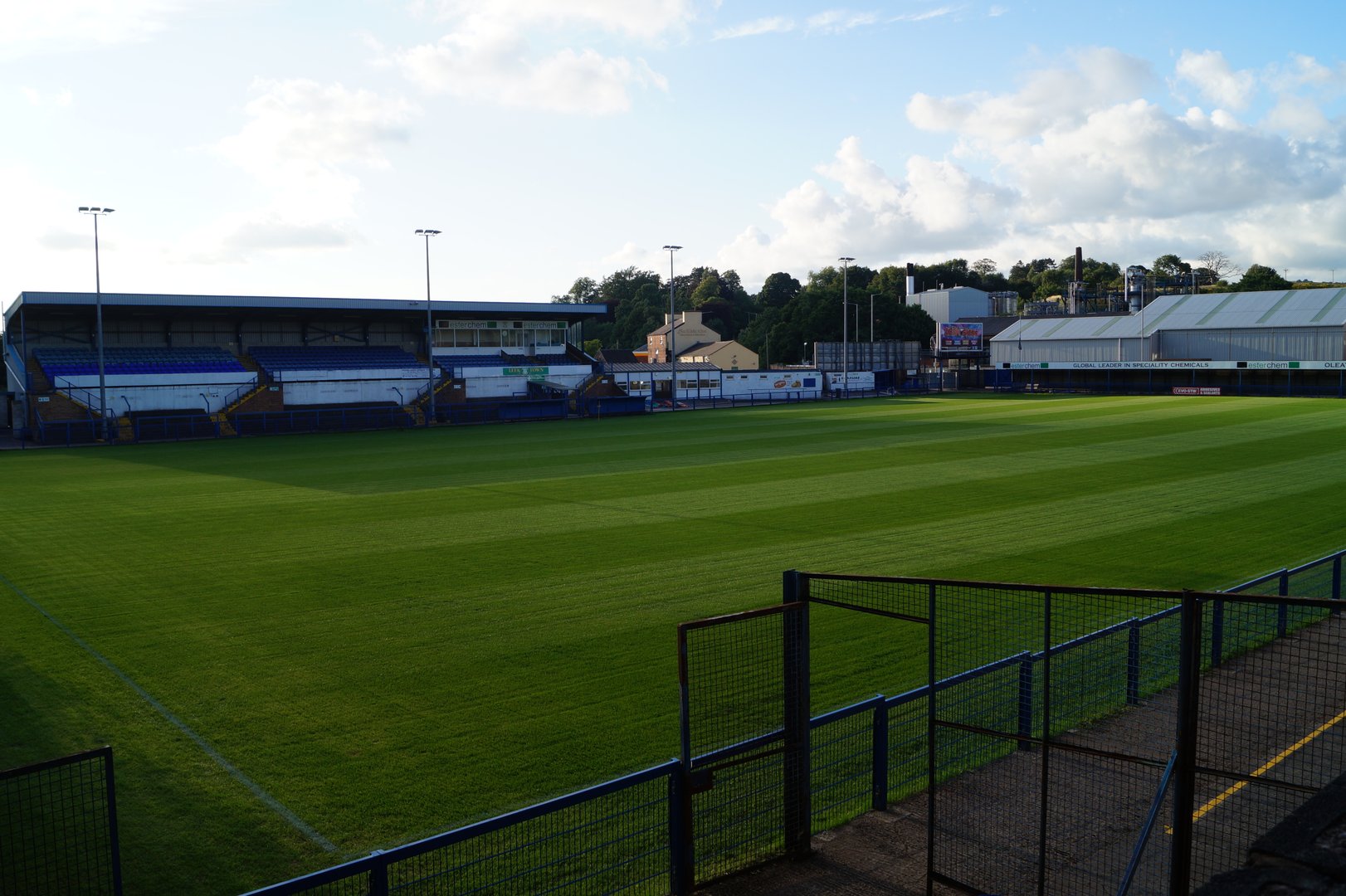 Harrison Park is a highly-regarded stadium as was highlighted by UEFA's decision to hold a number of youth internationals at the ground including an England UEFA U17 Championship qualifer featuring England in March 2016. 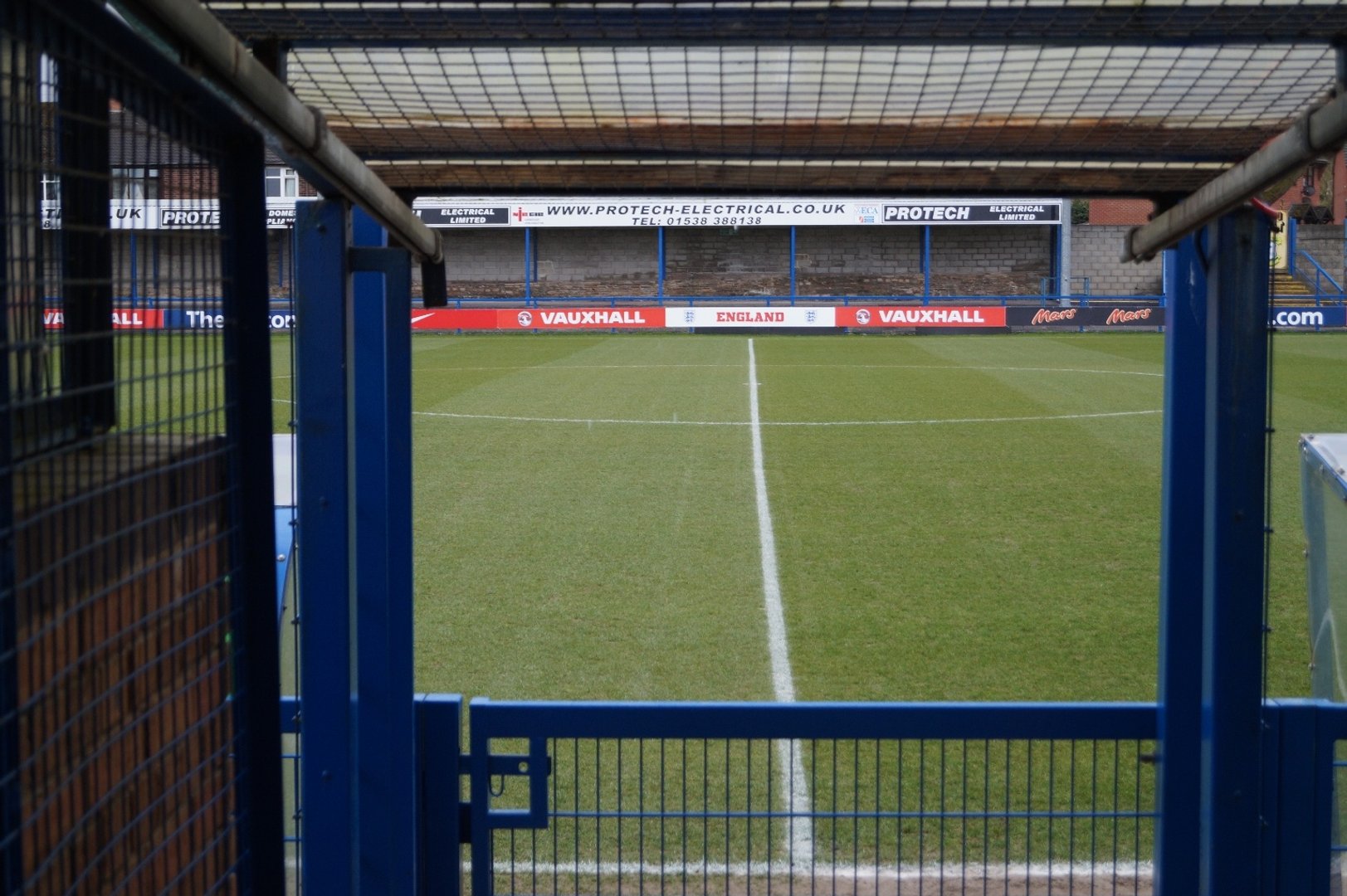 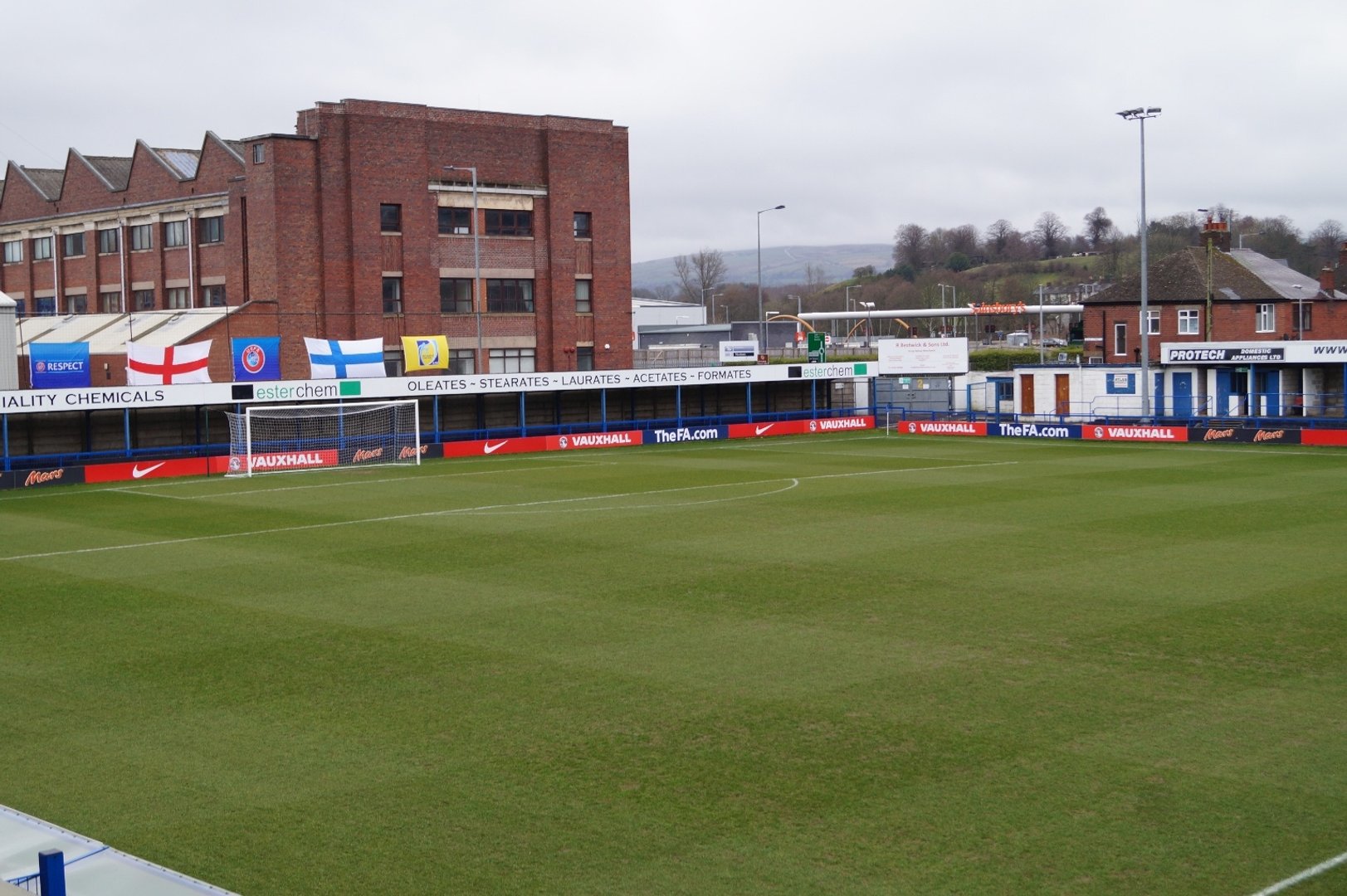 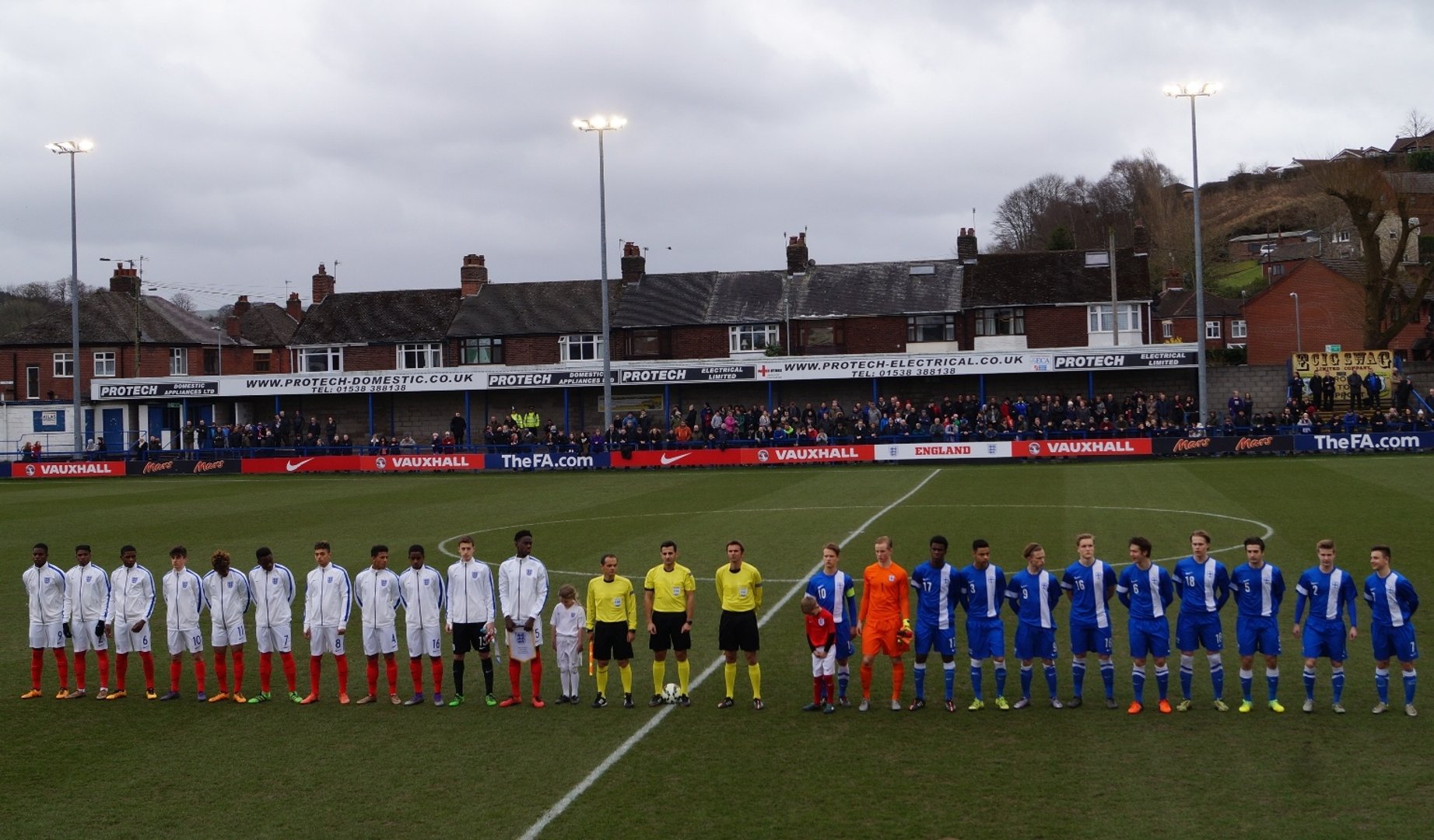 So there you have it a potted history of Harrison Park over the last sixty years or so, it will be interesting to see what the next sixty brings!