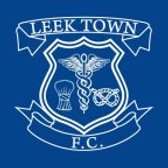 SOME TASTY FRIENDLIES IN PROSPECT HOME & AWAY

After narrowly missing out in the play off final Leek Town will now plough their trade in the Evostik NPL South/East Division next season.

The Leek Town management team and officials have been hard a work making preparations for the 2019/20 season - including some tasty looking friendlies.

Leek Town kick off their schedule on 9th July with a short trip to Alsager Town, who are under new management and then a standout fixture against Port Vale on Saturday 13th July - this was agreed as part of the Dan Trickett-Smith transfer and the Valiants will be bringing the first team.

The action continues with another regular feature in our pre season with an away tie with our friends Abbey Hulton FC on Tuesday 16th July. We then play the highly rated Stoke City U23s at Harrison Park on Saturday 20th July in what will always prove to be a tough test.

On Tuesday 30th July we make another short trip to Congleton Town, followed by a home tie on Saturday 3rd August against Buxton FC - another local derby which is always well supported.

Neil Bakers men finish their preparations against Nantwich Town away on Saturday 10th August, another tough test against opposition from a Step 3.

We hope to see you at the games - admission prices will be released before the games.