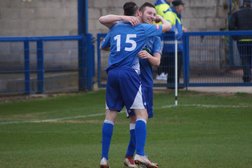 Neil Baker made two changes from the side that lost at Atherton Collieries with Dan Trickett-Smith returning and Crewe Alexandra loanee Rio Adebisi handed a debut at left back.

Town got off to a great start taking the lead in the 4th minute. A lovely ball chipped into the box from the left by Rob Stevenson gave Tim Grice the simple job of nodding home from close range.

Four minutes later Blues had a let-off when no-one dealt with a free-kick whipped into the box leaving Danny Roberts to parry it away and then save again from the follow-up effort.

Moments later at the other end, Stevenson whipped a great ball across the six-yard box from the right with Charlie Walford at full stretch, agonisingly close to touching it home.

Niall Maguire then had a 20-yard effort that Ash Rawlins in the visitors goal seem to misjudge but somehow he scooped the ball around the post.

Leek seem to lose their way after that and Drayton enjoyed a decent spell with Ryan McLean firing over the crossbar from a good position in the 26th minute.

Five minutes later Walford was robbed in possession but the resulting cross was volleyed high and wide when Roberts should have at least been tested.

Rawlins fumbled another effort as he gathered Stevenson’s low shot at the second attempt before McLean tested Roberts with a fierce drive that the Blues keeper did well to tip over.

However, Town should have doubled their advantage two minutes before the break when Stevenson’s cross was met by a bullet header from Jack Sanders but the ball went just over the crossbar.

It did only take Leek three minutes of the second half to extend their lead, Walford coming in from the left to meet a deep cross from Maguire at the back post and fire low past Rawlins. 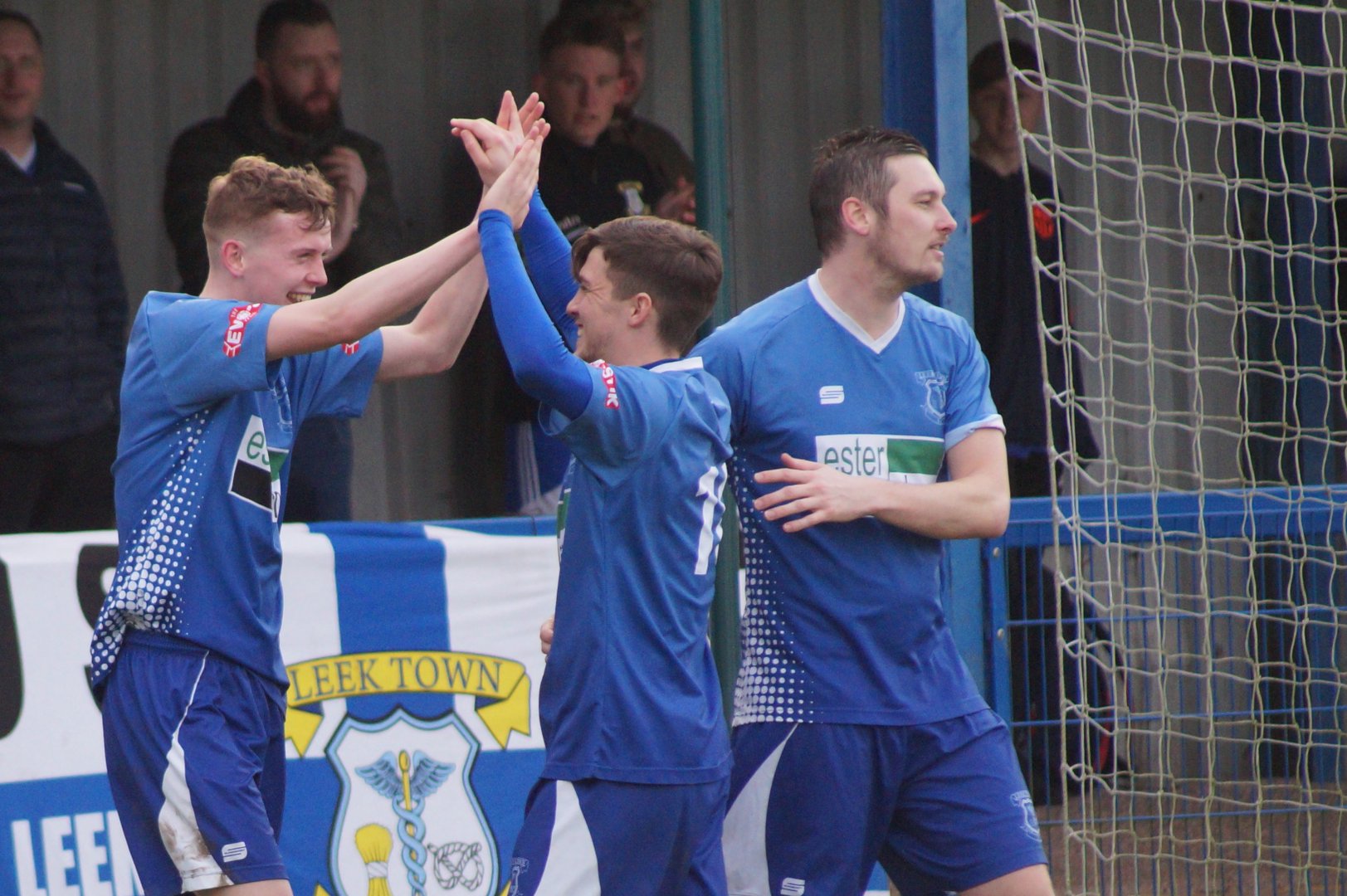 Walford could have scored again from a similar position three minutes later but this time Rawlins made the save.

Grice was next to be denied as he steered a low cross goalwards but Rawlins spread himself well and saved with his legs.

Blues record scorer did add his second in the 67th minute with a scruffy goal that he poked in from a couple of yards out whilst holding off a defender after beating the keeper to the ball.

Thirteen minutes later took his career haul for Leek to 170 by completing his seventh hat-trick. It was another simple close-range header, this time from Walford’s cross.

In the closing minutes Grice could have added a fourth when through on goal from the left, but Rawlins came out and made the block. T

rickett-Smith also tried an audacious effort from just inside his own half that had Rawlins hastily back-pedalling but he got back to make the save.

So an emphatic looking score line in the end, but Blues endured a sticky patch in the first half before upping their game after the interval and running in three more goals.