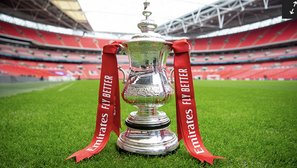 Despite Saturdays resounding 5-0 win over Wisbech manager Neil Baker promised to make a couple of changes to the Blues team for the FA Cup tie against Mickleover . However, more than a few of the 400 spectators allowed into the game will have raised their eyebrows at seeing Saturdays hat trick hero, Rob Stevenson, and the clubs leading scorer, Tim Grice, only named as substitutes. Jack Wakefield joined them on the bench whilst Captain Darren Chadwick was also missing from the starting eleven with a slight injury and, therefore, starting places were given to James Kirby, Lewis Short, Will Saxon and Leon Ashman.

Leek went toe to toe with their higher league opponents in an entertaining first half that saw both sides display some slick passing on a good surface and chances were created at either end, but crucial defensive blocks kept out Kirby, for Leek, and Patrick Webb, for Mickleover.

Leek took the lead after 20mins, with a little help from Joe Slinn in the Mickleover goal. From an attack down the right Saxons initial cross was cleared by the Mickleover defence but only to Jessy Bavanganga, backing up, who delivered a great first time whipped cross to the far post which Lewis Short met with a header that Slinn reached but allowed to slip through his grasp and over the line.

The lead was short lived, however, as the goal stung Mickleover into action and the equaliser came on 26mins following a corner that had come from a Webb effort that had deflected just wide of the post. The ball was flicked on to the far post where Anam Verma had pulled away from his marker to find space and his driven ball across was diverted home from inside the 6yd box by Stuart Beanon.

Undaunted by this setback Leek continued to match their opponents and, spurred on by Matt Bell in midfield, had the better of the chances up to the half time break. On 33 mins Bell won the ball and found Saxon who cut inside the defender and tried to curl a left foot effort beyond Slinn who produced a flying save that was certainly for the cameras. A minute later a one two between Bell and Short resulted in the latter dragging a shot just wide of the post and then, following a fine tackle in midfield, Bell drove forward and unleashed a drive that Slinn has to parry away with a fine save.

As the teams came out or the second half the Blues were forced into making a substitution as, Bell having taken a knock to head just before the break, was replaced by Rob Stevenson. However, the striker was to find that he was to suffer from a lack of service and seeing the ball as Mickleover scored and thereafter took a stranglehold of the game.

The goal came on 48mins as two of Mickleovers best players on the night, Stuart Beanon and Declan Bacon combined to slice open the Leek defence and Bacon produced a low finish past Danny Roberts to put the visitors ahead.

Despite a lot of effort from the Leek players Mickleover were able to control the game from this point and for long periods pinned the Blues into their own half with some neat passing moves and using the full width of the pitch although without really creating any chances. Not that they needed to.

Leek threw on Grice on the hour mark to try and salvage the tie but, like Stevenson, he too was unable to get into the game as the Mickleover players worked extremely hard to keep things tight and close any passing channels with Phil Watt snuffing out any balls played up to the front men.

And, apart from a dangerous cross by Short on 85 mins that Stevenson threw himself at, but could not get enough of his head on it to steer the ball inside the post, the Blues were unable to fashion a single chance with Slinn being untroubled for the whole of the second period.

So, a disappointing cup exit for the Blues in a tie that certainly looked to be winnable. With no game on Saturday, Neil Bakers side now have a week to recover and pick themselves up for what will be a tough ‘North Staffico’ encounter with rivals Kidsgrove Athletic next Tuesday.