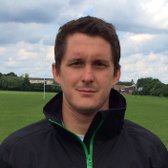 Leicester Lions RFC are pleased to announce Jack Heald as the new Director of Rugby with immediate effect.

Jack is moving across from his role as Defence Coach at Cambridge RUFC, where he helped them gain promotion into National 1 last season, and has been a professional coach for nearly 10 years. Jack also runs a successful rugby coaching consultancy business which delivers school, club and representative rugby across west London, the Home Counties and East Anglia.

“I’m incredibly excited to be joining Leicester Lions! It is great to see the boys focus on their remaining two games against Hinckley and Tynedale." says the newly appointed DOR.

Jack’s focus over the coming weeks will be working closely with Andy Key on retaining players for next season as well as adding some to an already exciting squad of players, along with moving the club forward with Ken Whitehead, who is moving to the position of Chairman of Rugby.

Over the last two seasons Andy has given the club a great foundation on which Jack is looking forward to continue building. Jack appreciates what needs to be done by going on to say "Andy has been brilliant and we are really taking the time to do a detailed hand-over so that I can get up to speed as fast as possible. My focus at this moment in time is ensuring that we keep all these players at the club and fill any gaps where we feel we could do with some more depth".

Jack has committed to a three year contract with the Lions and we are greatly looking forward to this new chapter in our great club’s history.