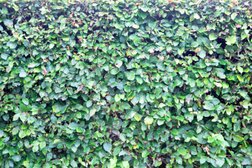 Easy Day Out For Win Number 2

Leigh 2XV notched up their 2nd win of the season with a comfortable victory against an under strength NW Mercenaries.
The opposition arrived without a full team as many of their squad were in Dubai playing in a 7's tournament. The rest of the team were in the midst of the captains Stag Weekend and were perhaps not 100% fit for action.
The Leigh lads did not let these distractions get in the way and put in a thoroughly professional performance to win 61-21.
The game was played in the true rugby spirit with many of the Leigh lads donning an opposition jersey to ensure the game was as even as possible.
There were many standout performances across the field, but the biggest mentions must go to Conor O'Neill, Jacob Maxted and George Grundy who all showed true club spirit by playing for the 3rd XV in their hour of need.
The future of the club also looks bright with 4 senior colts making their 2XV debuts and all performing excellently.
Next week Leigh travel to mid table Eccles in search of win number 3.
Share via
FacebookTwitter
https://www.pitchero.com/clubs
Recent news