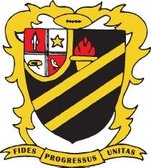 Leigh go down in opener at Rochdale.

Depleted side battle hard and show lots of promise despite defeat.

Leigh opened their 2019/20 campaign yesterday at Rochdale with a few regulars missing but they gave it their all and the signs are there to suggest that this young squad will produce some good entertaining rugby this season.

They got off to a very unfortunate start when Rochdale scored in the first minute from a kick and chase. A speculative Rochdale return punt, from the kick off, bounced and stood up awkwardly, for their backs to collect and score down their right hand flank.

Leigh were quick to rally and soon put together a few good phases of play which earned them a penalty in front of the Rochdale sticks. Unfortunately, Rob Drake’s penalty attempt came back off the post.

Rob was successful, however, with his second attempt at goal, on twenty minutes, which he slotted to narrow the deficit but Rochdale were swift to counter this, with a penalty of their own, on twenty-three minutes, to restore the margin.

Rochdale then took hold of the game for a lengthy spell and they were rewarded for their efforts, with an unconverted try, wide out, just before the break, to take the sides off at half time with Rochdale leading by thirteen points to three.

Leigh emerged after the break with renewed vigour and severely tested the Rochdale defence with several good line breaks but unfortunately this pressure could not be translated into points.

A miss hit kick for touch from Leigh set Rochdale up for their next score, which they got close to the left hand corner flag, through a converted try. A tap penalty close to the Leigh sticks produced another, short range score soon afterwards, which they easily converted and took them out, into what seemed to be, an unassailable twenty seven points to three lead.

Leigh, however, did not lie down, despite being down to fourteen men for the last ten minutes and their grit and determination produced, arguably, the best try of the afternoon in this final period.

An excellent break from Jonny Drake saw him streak away before finding Jamie King, supporting him well on his inside, to sprint over from forty metres out,for a wonderfully executed try. Jamie King went close with his conversion attempt.