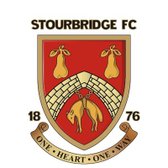 The Blues head into this weekend’s match against Stourbridge still winless in all competitions. Last week’s 5-1 defeat against Ware in the Emirates FA Cup First Round Qualifying match saw Leiston depart the competition at the stage for the first time in six years. On that occasion they lost 2-0 at Billericay Town.

This weekend Stuart Boardley will welcome back Will Davies and Ryan Sharman back into the squad, but Kyle Hammond and Harry Knights remain out injured. It will be just the third time the sides have met in their history. Last campaign, Stourbridge won 3-0 at Leiston while the Blues went down 4-0 in the West Midlands.

Stourbridge have started well in the league and currently sit in 5th place, but they are only one point off leaders Banbury United. They have lost one league match, that came at home against Hednesford Town when they lost 3-0 in the middle of August. They beat Bromsgrove Sporting in the Emirates FA Cup last Saturday 1-0 in front of 1,205 spectators but lost in the Preliminary Round of the CSS League Challenge Cup on Tuesday evening away to Rushall Olympic, 3-2. Stourbridge reached the play-offs last campaign but lost to Alvechurch in the semi-finals.

Also tomorrow the Reserves host Sheringham FC at home in the Thurlow Nunn League First Division North while the ‘A’ side welcome Bildeston Rangers Reserves to Alde Valley Academy in the SIL Touchline Division 4.