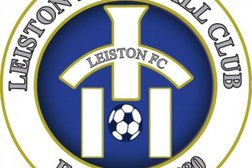 The Reserves beat Framlingham Town for the first time in three years as they scored a last minute winner to move up to 11th in the table, writes Trevor Elmy.

The Reserves were able to use George Tuck for the first time this season and new signing from Southwold Town, Tom Leuenberger, was named on the bench for this local derby.

The Reserves started brightly with Ben Stannard and George Tuck finding space in the midfield area, but it was the visitors who took the lead in the 17th minute. Framlingham broke quickly and a ball towards Fryatt was intercepted by Leiston defender Callum Tucker and the ball rolled backwards towards Joe Potter in the home goal but the presence of Fryatt caused confusion and the ball rolled over the goal line, with much debate as to who got the final touch. Leiston though didn’t give up and equalised in the 38th minute when Jourdan Kiwomya kept calm to shoot past ex Blues keeper Harry Lay-Fulcher.

Leiston took the lead just 42 seconds into the second period when Mason Sinclair found George Tuck who advanced with the ball before rolling a perfect pass for Kiwomya to beat the onrushing Lay-Fulcher. Leiston thought they had increased their lead five minutes later when Callum Pearce made a fine run into the Framlingham penalty area and his shot hit the inside of the far post and rebounded straight back to him, with the follow up effort going just wide of the near post. Shortly later and the Blues had another attempt, this time the ball was cleared off the line by a Framlingham defender. Framlingham were looking to play in the dangerous Danny Smith with balls over the top of the Leiston defence and Smith fired over the crossbar with one of these chances. Moments later the same player was denied by Joe Potter in the Leiston goal. The visitors did eventually level in the 75th minute as Leiston were down to ten men due to James Gaffer being sent to the sin bin. A ball into the area had beaten Potter in the home goal but Sam Newson, attempting to clear the ball, could only guide the ball into the back of his own net. With time running out it was that man Jourdan Kiwomya who was on hand to net his hat-trick in the 90th minute with what proved to be the winning goal following good play by Tom Leuenberger.

The Reserves host Sheringham FC this Saturday in the Thurlow Nunn First Division North in their next match.

Man Of The Match: - Jourdan Kiwomya.