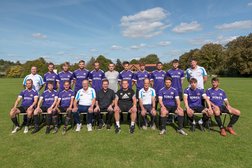 This was Letcombe`s best performance for a long time to deservedly record their first victory over their local rivals for a number of years and gain revenge for their defeat in the final of the same competition four months ago.

Letcombe started well and took the lead after 10 minutes. New dad Josh Fowler chased what appeared to be a lost cause, was able to block the clearance from Wantage keeper Justin Yates and saw the rebound roll inside the upright. Back came Wantage, and Letcombe keeper Jack North saved well from Callum Pryce before Fowler header narrowly wide for Letcombe, who increased their lead on the half hour. Fowler raced clear after beating two defenders, rounded keeper Yates and placed the ball into the net from a narrow angle. Letcombe appeared to have legitimate claims for a penalty after Daniel Pear went down in the box, but referee Coby Woodley waved them away.

There were no clear openings early in the second half, although Fowler had the ball in the net again but was correctly ruled offside, and the visitors went further ahead on the hour. A good run from Jamie Wallin saw him pass the ball wide to Fowler, and he continued his run to place the ensuing cross high into the net. Chad Abrams headed wide when well placed, but then made a brilliant goal saving tackle in his own penalty area.

The most controversial moment of the game soon followed. Nathan Haresnape stooped and almost received a high boot in the face, but the referee did not blow his whistle and then dismissed Haresnape for a shirt tug which allegedly denied a goal scoring opportunity only two seconds later. Sam Mulvey moved into the back four in his place, and Letcombe held firm until the closing minutes when Jordi Davies scored a consolation goal for Wantage.

This was an outstanding team performance by Letcombe. Keeper Jack North made two vital first half saves and punched well under pressure. Right back Aaran Mudie never allowed the dangerous Callum Pryce any space, and Jamie Wallin created many attacks on the left and scored a vital goal. The three central defenders of Michael Annetts, Nathan Haresnape and James Wright were outstanding, winning numerous tackles and headers and denying any clear scoring opportunities. Sam Mulvey, Daniel Pear and Chad Abrams worked tirelessly to dominate midfield and provide the passes for Josh Fowler and Greg Nutley in attack. As usual, Nutley was always looking for the ball and creating space whilst Fowler was the match winner, with his newly born son blissfully asleep on the touchline. Subs James Pearson, Isaac Pearson, Bailey Abrams and Kian Durkin all played their part to ensure a memorable victory and give the Letcombe players and spectators a night to remember.