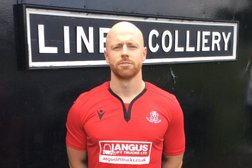 LINBY HELD TO A GOALLESS DRAW

Linby had to settle for a point against bottom team Mickleover RBL.

RBL proved that the Central Midlands South Division has strength in depth from top to bottom with no easy games. They arrived at Linby buoyed by three new signings and put in a real shift, working very hard to deny Linby any time on the ball.
Linby were missing four players from their usual starting lineup and Manager Andy Tring gave promising Reserve team defender Charlie Finch his First team debut. Fraser Hallam was also selected after two impressive performances in the last two Reserve games and Brad Lathall was back after an injury lay off.
The first 30mins was a battle of attrition in midfield, with no efforts on goal.
On 31mins Fraser Hallam’s free kick found Danny Tring, who’s overhead kick was saved by Callum Pett in the RBL goal.
James Hallam’s 40mins flick on from a long ball was picked up by Tom Hilton who danced around the last defender but Pett made a great save to deny him.
Half time: Linby CWFC 0 – 0 Mickleover RBL

Linby continued to have most of the play in the second half and went in search of the breakthrough.
James Hallam saw his 20-yarder brilliantly saved by Pett on 52mins.
Good work from Lathall on 52mins released James Hallam, but his shot sailed over the top.
Fraser Hallam’s free kick on 64mins to the far post found skipper Tring once more, but he put his volley inches wide.
After all the pressure the youthful RBL team had soaked up they created a golden chance on the counterattack in the 72min to take the lead. George Teeney put pacy winger Connor Golden in one-on-one, but Linby keeper Jack Leverton pulled off a great save to keep the score level.
Linby created one last chance in the 83mins when James Hallam’s shot finally beat Pett, but Jack Gill was on hand to clear the ball off the line to give the visitors a deserved point.
The positives for Linby was another clean sheet gain and only 19 goals conceded in 18 league matches! They remain unbeaten in League since 12th October including nine Matches in 16 weeks!
Giving Linby their best run of results in over 20 years!
All of this with more than 12 players in the First team squad who are 21 years old and younger. Proving that Linby’s management team, led by Andy Tring, are doing brilliant work in building a squad not just for this season but for the future as well.
Full time: Linby CWFC 0 – 0 Mickleover RBL