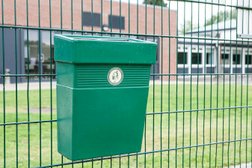 In a pulsating weekend of hockey in Pool 1 of the top Division A England Hockey County Championship at Abbeydale Sports Club, Sheffield,

Lincolnshire, for the second year running, dominated the tournament and were the team that every other county needed to beat.The draw was kind to Lincs this year with their first matches on each day commencing at sensible times around mid-day. They were outstandingly captained by Ross Booth from Leadenham, playing his hockey with newly promoted to the England Hockey Conference league, City of Peterborough.

Drawn against newly promoted Leicestershire in their first game on the Saturday one would have expected this to be one of Lincolnshire’s easier games, but not so. Leicestershire started well and threw everything into this game, possibly forgetting that there were a further three games in very warm conditions over the weekend. Surprised by their opposition’s play Lincs took a long time to settle and some outstanding defensive work and good goalkeeping kept their rivals at bay. Eventually Lincs started to play the better hockey, pacing themselves to the conditions and finally broke the deadlock with a goal from Josh Pettinger. 1-0 and that’s how it remained until the end and, maybe, a bit of a let off for Lincs.

On into the late afternoon Lincs played Hertfordshire, so often in the past their Achilles’ heel, but not this time. Lincs totally dominated the play from the start with Sam Perrin opening the scoring, with goals following from Dave Dykes, Pettinger and Stu Cunnington. Further goals from Pettinger, Matt Bell, Cunnington, two more from Perrin, and finally a goal from Rob Johnstone completed the rout at 10-1, Herts only scoring a consolation goal. Tired legs but good spirits and belief stopped the boys enjoying themselves into the night and reasonable bedtimes ensued!

On Sunday Lincs’ first game was Derbyshire, again on paper one they should win, but Derbyshire were unlucky that it was their fourth game and Lincs’ third. Derbyshire scored first and it looked like a possible upset, as the game was still 0-1 at half-time. Then it was our player’s time to turn the screw and Cunnington scored a deflected goal from a pass into the Derbyshire “D”. 1-1 and game on, with Lincs then totally dictating the pace of the game and the goals followed. First Pettinger slotted home, followed by Perrin being fouled when about to shoot and Joe Finding flicked home the ensuing penalty stroke. Perrin made it 4-1 with only a few minutes remaining and Derbyshire scored a consolation goal in the dying minutes to make the score look a little more respectable for them.

The last game of the day was Lincolnshire v Yorkshire and this has always been a cracker in the past. Last year Lincs won by the odd goal in 13, so they were determined to start well and pressurise the Yorkshire defence. Yorks needed at least a point to go through this year, whereas Lincs had already qualified for the semis by already winning three games. Lincs got off to a flying start with goals from Cunnington, Perrin and a drag flick penalty corner from Finding. Rob Johnstone made it 4-0 and Lincs were unstoppable with their defence outstanding and Dave Overton really fired up in goal saving everything that Yorks threw at him, particularly with one literally flying save to his right keeping out what looked like a certain goal. Lincs continued the pressure and Yorkshire capitulated, as further goals followed from Bell, Cunnington, James Wright with a penalty stroke and finally George Johnstone getting on the score-sheet to make it an 8-0 thrashing.

A thoroughly enjoyable weekend of hockey watched, with Lincolnshire players giving everything for their county. They now go on to the Nottingham Hockey Centre at Highfields/Beeston HC on Saturday 2nd June to play Somerset in the semi-finals, hoping to get through to play either

Warwickshire or Derbyshire (who had edged out Yorkshire on goal difference) in the Final on the same day. All support would be most welcomed.