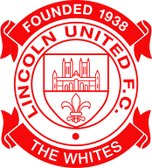 A GLIMPSE INTO THE FUTURE?

As the curtain falls on the 2014-2015 season, we can look back with a great deal of satisfaction. Depending on our own results on the last game and those of others in the Division, we should finish the season no lower than ninth position and you would have to delve quite deeply into the archives to find the last time we finished so high.

In some respects, where we finish in the league is secondary to the real progress we have made at the Club. For the first time in many years, the football we have witnessed from our players has, for the most, been exciting, spirited and a pleasure to watch - pride has been restored to Lincoln United.

Our end-of-season Awards Evening will reveal just who out of the squad has stood above the rest but the truth is that all of the players have played their own part in what we hope will be a taster for things to come at Ashby Avenue. Well done, lads, you are a credit to the Club.

Lincoln United is more than just a football team, though, much more. We're a group of officials and volunteers who work tirelessly in the background to keep the Club running.

Well done everyone, you might not be top goal-scorers but your value to the Club is just as much. We're also an utterly dedicated and hard-working management team under Dave Frecklington whose belief in wanting to play attractive, disciplined football - even when results didn't go our way - is a breath of fresh air. Well done, lads, we look forward to more of the same next season.

We're a group of sponsors and fans who have kept faith with the Club through some very difficult recent years - to you all, I say thank you and we hope we can count on your support in the future.

Finally, and most important of all, we're a family who stand by each other in the happy times and in the sad times and we'd like to think those sadly no longer with us would have enjoyed our best season in recent memory.

This season has been a success in so many ways but we will have to wait until this time next season to see if it has been a one-off or a glimpse of even better things to come. We should not be under any illusion that it will be easy and, as usual, finance will play a big part in determining our level of success. If, however, success comes through hard work and commitment, I'm confident we'll see our steady improvement continue.