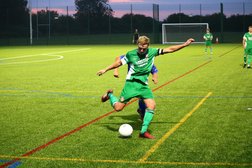 Development Squad Manager, Alex Hayes, has confirmed his selection for captain and vice captain for this season:

After a conversation with Clayton and Jack it was clear that both of them have bought into what we are trying to achieve as a development side, both understanding how important their role will be throughout the season.

Clayton has been around Lincoln United for many years and knows what the club stands for, I think that is crucial for setting our standards this year. He has been fantastic with the younger players coming in, supporting them with their development into men’s football which is something that stood out to me.

Jack has great experience of the Lincolnshire League and has a reputation for scoring goals. He sets the bar high for himself and I believe many of the younger lads can learn off him this season. Having played with both of them I know that I have made the right decision as these boys will work hard to embed our club philosophy and act as role models not only for our side but future generations of 'Whites' coming through".

There’s still plenty of opportunity to support our Development Squad through sponsorship as seen in our Commercial Packages below!