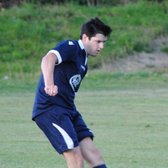 Late goals win the game for Llanfair at Mold

Three points were what was need yesterday and thanks to to two late goals and a bit of luck, Llanfair came out with all three.

Mold Alex took the lead through Jack Laird in the first half before Marc Jones levelled for Llanfair from a free kick which deflected in.

Jones was then lucky to stay on the field as he denied a goal scoring opportunity for Mold by giving away a penalty. Jack Laird stepped up to get his second of the game to give Mold a half time lead.

In a second half with very little chances, Llanfair equalised in the 83rd minute through Paul Griffthis who then popped up from a corner to score a dramatic late winner minutes later to secure all 3 points for Llanfair United.

Another huge game next week, at home to Rhayader Town.