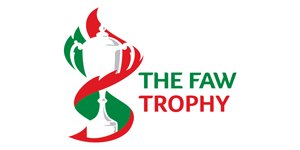 Progress into 3rd Round of FAW Trophy

Yet another strong team performance in a well deserved win

Llanrhaeadr-y-Mochnant FC's opponents in the 3rd round of this years 2015-16 FAW Trophy were the much fancied Chirk AAA FC who play in the Welsh National League. Indeed they have started their season near to perfection, being unbeaten in 12 games in all competitions, winning 11 and drawing 1. Missing from today's line-up were Pete Jones, Endaf Owens, Barry Morris, Hamish Clifton and Chris Aitkin who were all unavailable, however Jack Brayne and Gary Meredith came back into the squad. Our team talk was simple, play as a team, fight for each other but with controlled aggression. From the off we applied pressure all over the park and very early on this nearly paid off as Iwan Matthews was very unlucky to see an effort coming back off a post and hacked clear from danger. With 7 minutes on the clock we were again on the front foot and this time our No 9 created space for himself and outpaced his marker before striking the ball across their keeper and into the far corner, giving us the advantage. The home crowd didn't have to wait long before the second was on the board, from some great team work the ball fell for our centre forward to claim his second, beating the visiting keeper with ease. Our opponents were shell shocked and offered very little in response. With 25 minutes on the clock Gary Meredith broke clear before outmuscling their centre half and striking an unstoppable shot into the bottom corner that gave their goal keeper, Roberts no chance. The visitors didn't have an answer to our commitment and frustration was creeping into their game, which we dealt with without any problems. The lads created further efforts and perhaps should have gone in at the interval 4 or 5 up. At half time, our changing room was fully focussed, we all knew that the job was only half done and we had to maintain our controlled aggression. With the second half underway, we expected a lot of pressure from the Holyhead Road side but our keeper, Connor Lee only had some long range efforts to deal with, making one excellent stop to his left, pushing the ball around the post. The game was falling away from Chirk but on 75 minutes and from a defensive mix up, they scrambled the loose ball into our net, giving them a life-line. We responded well and on the 80 mark, from a through ball that caught the visitors defence square, Wayne Austin outpaced their right back and hammered the ball past Roberts, making it 4-1. Game over and into the hat for the 4th round. Yes a very pleasing performance - the players did themselves and all connected to our club proud, by achieving what was asked of them - each and every one of them kept their discipline, won their own personal 'battles' - defensively very strong, mid-field competitive and creative with our forwards being a constant threat. Their staff, led by coach Mark Holmes, were full of praise regarding our performance and stated that on the day they were a well beaten side. Clwb Peldroed Llanrhaeadr FC would like to wish Chirk AAA FC the very best of luck for the remainder of their season.

Thanks Again All for your tremendous support.