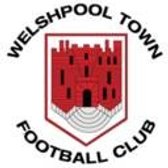 First home defeat of the Campaign

Our second consecutive home game was against Russell Cadwallader's Welshpool Town. Connor Lee, was back between the sticks after serving his one match ban. Dan Kelly was then able to resume his left back duties. However we were without Gary Meredith who was unable to shake off the groin injury he picked up on the previous Saturday. Griffo went back up top. I do think that we started this game reasonably well but our defence were caught napping early on to a defensive clearance played over the top for Will Thomas to race onto and he picked his spot at the far corner of the net, giving Connor no chance. To be fair to our lads, they kept their shape well, pushing forward in search of the equaliser. Chances were again being created, but with some poor finishing and an element of bad luck we didn't make the break through until on the stroke of half time when their keeper spilled a shot and Iwan was on hand at the back post to lash the ball home. Our changing room was full of confidence and we were sure that if we kept going at them, then further goals would follow. From the off we attacked our visitors where we again created decent chances with some excellent approach play. But then with around 10 minutes left on the clock, we gave away a silly free kick way out on the touch line. A good delivery was played into our box and their captain, Martyn Ziemann who I thought on the day, was their best player, was not picked up,rose above our defence to head the ball only for Connor to push it onto the bar and it rebounded back out to hit our keeper on his back to roll over the goal line giving them the lead that they hardly deserved as I do honestly believe that we were that dominant. We again pushed on for that equalising goal but on the day it didn't happen for us - in football, as I'm sure you are all aware of - you don't always get what you deserve. The lads worked tiresly, giving their all. I believe that we pushed a very good Welshpool Town side all way. They did say that they were very pleased, to say the least, to take all three points out of the Tanat Valley. Yes, three points dropped we might say - it was, fact but if our lads carry on playing like they did today and showing great commitment as they are, the results will follow. But we have got to stop allowing the opposition from scoring soft ones, as it were. The lads would like to say a massive thanks for all the encouragement given from All you Supporters.
The Management Team.
Share via
FacebookTwitter
https://www.pitchero.com/clubs