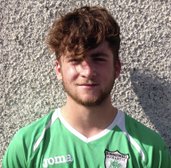 Green's so close to getting what they deserve

Lodds travelled to Paignton's 3G pitch knowing they were going to have to put in a top performance if they were take anything off their unbeaten hosts.

And to a man that's exactly what Lodds did, only to leave with no points after a late equaliser was ruled to have not crossed the line by the home linesman.

Despite this, the Gaffer was more than happy with the way the whole squad performed and is confident the side can start to move further up the Division One table.

Jack Eades scored his fifth goal of the season to top the club's goalscoring charts with Adam Tapper adding his second of the 2018-19 campaign.