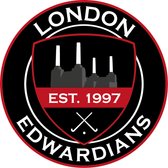 Thinking of joining London Edwardians HC for the 2019/20 season?

Feel free to get in touch! - londonedwardians@gmail.com

London Edwardians are always looking for players and GKs both male and female. We offer 5 men's, 5 ladies' and mixed teams, allowing us to cater to almost all standards of player!

(Also, no GK subs!! We value our GK’s and recognise their importance, so do not charge them subs!)

The Ladies side of the club saw some good progress being made after a couple of promotions the last few of seasons. The L1s play in the Surrey Premier Division and will be looking to perform to the highest level each week. All our Ladies teams play in the Surrey Leagues, offering suitable levels for a range of abilities with games taking place almost every Saturday between September and April. This includes our newly formed L5s who are ready to take the Surrey Leagues by storm!

Last season, the Men's 1s were promoted from the South Prem 1 into Conference East! It's going to be an exciting season and a great time to get involved at Eds! Our M2s (Hants/Surrey), and M3s (Surrey) follow in the Surrey leagues, with M4s and the newly formed M5s playing in the London League structure. Each team will be looking to perform at a top level and work their way up the leagues!

We have a mixed team who participate in the Battersea Mixed League on Sundays throughout the season and play various other friendlies throughout the year. In addition to this, we have the England Hockey Mixed Cup which we will be entering again this season.

Each team trains once a week; either on Monday or Thursday at either Battersea Park Hockey Pitches or Honor Oak Park.

We have excellent Club socials organised every month, usually in pubs/bars in and around Clapham/Balham. It's a great way to get involved and get to know more people at the Club!

The majority of all home games will be played either at Battersea Park Hockey Pitches or Honor Oak Park (HOP). HOP is a short journey from Clapham/Balham and has superb set up on site, with 4 back-to-back Eds matches during the day and a clubhouse (with bar) on site.

How to get involved
We're always looking for new players to help us in the pursuit of good, fun hockey!
If you're interested in joining or have any questions, please get in touch via our contact page or drop us an email - londonedwardians@gmail.com
We look forward to hearing from you!