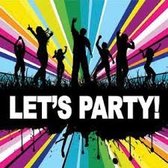 a 6 point weekend for Town

Lydney's first and Reserve sides brought some pre Christmas cheer to their supporters on Saturday with both sides picking up 3 points.

The first team fought hard to nick a 2-1 home win against Gloucestershire neighbours Fairford Town down The Rec.
With all the previous injury worries sorted after the second lockdown, Boss Rich Kear had a full squad to pick from, plus new signings Ruben Fahiya and Ash Palmer along with the returning Matty Board. An early strike from Fahiya put us in front before the visitors levelled after the break. It was Lewis Thompson who stepped off the bench to bag the winner with 5 minutes left.

Our Reserves, lead by Boss James Morse, faced a tough away trip to Kingstanley who we lost twice to last season.
It was so different this time withe lads coming home with a 5-2 win. Two rare strikes from Dean Crossman helped the cause with the others coming from Jordan Voss, Steve Warren and Jarred Liddington.

Our high flying 3rd team were without a game after last week's 4-0 win over Broadwell.