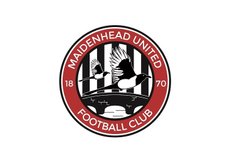 By York Road PA
12 May
Share via
FacebookTwitter
https://www.pitchero.com/clubs

The Magpies will commemorate 150 years since the club’s formation later this year, with Maidenhead FC tracing its origins back to October 1870.

MUFC is one of a handful of clubs to have reached this notable milestone and to mark this significant anniversary the club is planning an exciting year-long programme of celebrations. As part of this planning, the club has involved its supporters along the journey of designing a refreshed club badge fit for the next 150 years.

As would be expected from a community club, fan engagement is at the heart of all that we do. The process of designing a new club crest started back in October 2019 with an open meeting for all supporters at the club following a home match. As a result of that meeting, an online survey was then drawn up to give our followers the opportunity to have their say on the key themes which they would associate with a Maidenhead United club badge.

Following those responses from our supporters, those key themes were put to a local designer who came up with a number of options for a new badge which in turn were put to a small group of a cross-section of supporters to give their own feedback. From there we are proud to unveil the new Maidenhead United club badge to celebrate 150 years of the club - a design which we feel is fit for the next 150 years.