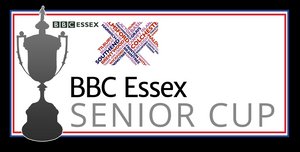 The BBC Essex Senior Cup Third Round Draw will be broadcast on BBC Essex tonight between 6:00-7:00pm

Clubs from the Football League, the National League and the Isthmian and Southern Leagues getting involved.

Special Guest, Holland FC Manager Paul Phelan, will join BBC Essex’s Glenn Speller to conduct the draw. Holland are still involved in the competition, having advanced past Barkingside away in the Preliminary Round (3-2), Wivenhoe Town at home in Round One (1-0) and Burnham Ramblers at home in the Second Round (3-2).

You can listen to BBC Essex on DAB radio, or by visiting the BBC website.

The Jammers are ball number 24 in tonights draw.