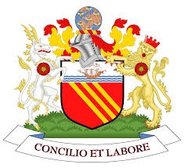 Manchester taught a rucking good lesson in away day blues!

Saturday saw Manchester 3rds travel the short distance to Didsbury to take on the young high-scoring Manchester Medics team and knowing that this would be a tough encounter considering the Medics’ youth and experience and regular annihilation of teams with 100+ points.

With a number of key players out due to injury and other commitments, the Hoff was forced into a number of changes. Up front, Tim Harper, Rory Purvis and Adrian Smith started with Ben Gordon and Jason Danton in the second row. It was all change on the flanks with James Chidgey away on family business. Dan Hiley was given an opportunity at blind side with the experienced Jeff Upton called on for open side duties and the ever expanding Ash Ballan at No 8. A long term injury to Stuart Ryan meant another shuffle around in the backs with Chunky Lewis being called on for support in the centres alongside Ian Barber. The three quarters saw Harry Moores, Aaron Woodford and Nick Gordon at fullback. Richard Brown returned at scrum half after a long layoff due to surgery alongside Richardson.

From the kick off the Medics started fast and furiously but Manchester’s defensive structure held strong and Medics found no way through despite their pace out wide. A shocking and dangerous shoulder charge challenge from the Medics centre saw Ian Barber having to leave the field after one 10 minutes and the 3rds had to reshuffle with Proff coming on. Another shoulder charge again went unpunished but seemed to wake Manchester up as they started to build through their larger pack. However, Manchester struggled to keep pace with the Medics at the breakdown as the home team set the pattern for the day with some good counter rucking, turnovers and disruption at the breakdown, which Manchester failed to respond to. The result was the absence of a sound platform for the backs to make any net gains with ball in hand.

Nevertheless Manchester continued with the lion’s share of possession in the 2nd quarter but as per their recent form, they failed to take their chances through numerous errors, poor decisions and the final pass.

With the half time whistle blown, Manchester went into the break knowing that they should have led.

The second half started the way the first half had ended with neither team being able to get an overall upper hand. Medics free flowing ball game was snuffed out through some good defensive work all round from the Grove Park men but the Manchester forwards game and platform failed to click as they were sucked into 8 man up front rugby, rather than the phase play game that has given them much success the year. When Manchester did try to go wide it was frequently in isolation with no support play and they were ultimately given a good lesson by a Medics team, who excelled in turnover play which Manchester didn’t learn from.

The game remained in the balance as power took on pace and it was the 3s who eventually took the lead with a penalty from the Hoff. Manchester again stepped up their game and shortly after a serious mess up at the back of a maul saw the Manchester forwards carry the ball over the deadball line when all it needed was for someone to put the ball down. A 5 mtr scrum gave Manchester a 2nd opportunity but once again Manchester’s day was summed up when the Medics won their only ball against the head to clear their lines.

As the game entered the final 15 minutes it became a cagey affair that would ultimately be decided on one error and it was Medics who got the break when Manchester’s defence switched off for the first time allowing a quick penalty to go out wide for Medics to run in a try in the corner. The conversion went over and Medics lead 7 v 3. The Grove park men were now forced into pushing the game and 5 minutes later a loose ball was picked up by Medics and the run in another try to extend their lead. With the conversion going wide Manchester trailed 12 v 3.

With 4 minutes of the game remaining Manchester decided to play and immediately responded with a well worked try from a driving maul from a lineout. The conversion was rushed and went wide so that the 3rds had one more play to salvage the game. Medics kicked the ball straight out in the hope that the game would be ended but the referee restarted through a scrum in the middle of the park. Once again a fumble off the back of the scrum gave possession back to Medics, who hurriedly kick the ball out of play.

Overall a bad day in the office for Manchester 3rds who never turned up for this game but perhaps an awakening that there is still plenty of rugby to play before they can be guaranteed of a top 2 finish in the league. With Village Spartans, Rochdale and Eccles hot in pursuit of Manchester; nothing is for certain in what is turning into a thoroughly exciting league run in for the two automatic promotion spots.

With no fixture next weekend, it’s an opportunity for Manchester to get some key players back for their next home game against a Broughton team that won convincingly at the weekend and who play route 1 rugby. It’s over to the 3s now to put this game behind them and to get back on course with the good rugby they were playing recently. There’s no doubt the Manchester 3rds squad is capable of this and the response to training will show what is left in the tank for their remaining 5 games.

Congratulations to Manchester Medics for being the 2nd team to beat Manchester this season. On the day they got their own tactics right, defended magnificently and took their opportunities when it counted. Apart from the horrific shoulder charge on Ian Barber, the game was played competitively with either team in with winning it up until the final kick of the game

If only that ball had been touched down……………