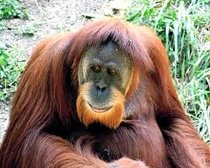 Manchester 3rds too strong for Burnage

A crisp Saturday afternoon made for rugby saw Manchester 3rds welcome Burnage RUFC to Grove Park in a top versus bottom fixture and in a game that was to provide plenty of bite! With a number of key players unavailable due to injury, International duty and other commitments, there was an opportunity to experiment with a lighter but more mobile pack.

Up front Dan Hiley started as loose head for the first time, with new signing Rory Purvis at hooker and Steve ‘I moan a lot for a young guy’ Parker at tight head. The second row engine room saw the regular and experienced combination of Ben Gordon and Jas ‘top gun’ Danton with James Chidgey, Markus lean and battering ram Ashley Ballan (attached image) starting in the back row. In the backs, the Hoff and Harry show once again combined as the half backs and with big Stu Ryan away on business, the centre partnership consisted of Skeletor and Stealth . The three quarters saw speedsters Proff and Aaron on the wings with Neil Cartwright and his reliable boot back in at full back.

From the kick off, Burnage, chomping at the bit, immediately took the game to Manchester with their bigger pack carrying and rucking well. In response, Manchester’s improving defence held firm and the opposition were unable to make any serious territorial gains despite greater possession of the ball in the early exchanges. Numerous errors from both teams also resulted in a stop/start initial 10 minutes but a well worked breakaway try from Manchester opened the score for the home side. From that moment on Manchester dominated the game in open play, scoring a number of well worked tries with forwards and backs combining well. At the set piece, Manchester coped well at scrum time considering the difference in overall pack size and the boggy conditions and always looked dangerous on the rolling mauls at the line outs.

With Manchester on the up, the game was suddenly thrown open when Ash Ballan was given a straight red after being upset about featuring on the Burnage menu as the main course. Ballan’s dismissal had a gnawing effect on the Manchester lads and Burnage responded on the stroke of half time (or was it during half time, all 30 players were confused but the try counted) after a numerous penalty count against the home team due to emotions running high following ‘chomp-gate’.

Half time: Manchester 30 something vs 5 Burnage

Manchester regrouped at half time and once again took the game to Burnage through some good forwards and backs play as they nibbled away at the score board. Burnage scored a well worked try from a rolling maul of a line out but the second half belonged to Manchester as they ran in a number of good tries. One the most impressive features of the game was Manchesters offloading skills which resulted in a number of well worked tries.

A good performance all round from Manchester, especially from a younger pack who were never out muscled by a bigger set of forwards. Some good performances came from Josh Benn Wilde after he replaced Markus at blind side, Rory Purvis, Markus and James Chidgey in open play and Dan Hiley and Steve Parker up front. Big J and Ben once again put in another great performance in the engine room and led from the front as usual with some big ball carrying. The backs once again showed their potential with some well worked tries from Proff, Aaron and Stealth and the greedy Skeletor finally getting on the score sheet to open his account for this season. The score could have been much higher but for a number of passes which were deemed as forward; an area of potential improvement for the young guns. Well played to the Burnage lads who kept going all day with a good set of forwards and who contributed to a well spirited game despite one incident.

And so it was the bar for the after-match ritual. On the club menu were flava beans and a bottle of chianti. In the changing rooms Ben waffled on about his 100% kicking record and everyone fell asleep. After a 10 minute snooze the squad were rudely awoken through cannibalistic chants coming from down the corridors. This hurried the lads into a quick shower and exit to the bar where they could get their teeth into the culinary delights provided by Maggies Kitchen. That evening Ash Ballan debated as to whether he tasted like pork, beef or chicken and finally announced to world on FB that he would renounce all meat and commit to being a vegan!

Next Game: 3rd round Cup Game vs Prenton (Home Fixture)
Moment of the Day: Steve Parkers sublime no 10 pass to Tom Proff