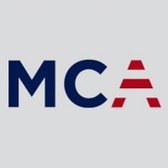 Once again, Manchester hit the road with only 14 players to call upon but, early on, Collegiate failed to make numerical advantage count. After 5 minutes Will capitalised on some disorganised Liverpool defending to sneak through to score and then convert is own try. 0-7.

Thanks to repeated indiscipline from the home team in the shape of two yellow cards and some slick play from the visitors, Manchester kept attacking. On two or three occasions before the break, Manch here held up over Collegiate’s try line.

The match reached the half way mark and Liverpool regrouped knowing they were fortunate to only be 7 points behind.

As soon as the game restarted, some great handling from Collegiate saw them reach parity with a well taken try which was successfully converted to tie the match after 40 minutes. 7-7.

Despite the home team’s resurgence, Manchester took the lead once more with a superbly taken try. After concerted pressure and another effort being held up over the Collegiate line, the ball found it’s way out to Woody. With a seemingly well drilled defence marshalled in front of him, Woody, as if possessed by a nimble fly half, dummied and shifted direction to such good effect that he left the home team floundering. A great try and the most memorable moment of the match (converted by Will to make it 7-14 after 55 minutes).

However, the match was now to swing decisively in Collegiate’s favour. With the 14 men of Manchester tiring and with the Liverpool bench having been put to good use, the home team scored 2 more unanswered tries after phase upon phase of good forward play.

In the end it was a fine comeback from Collegiate. Despite the defeat, the spectators couldn’t help but admire not just the spirit of the outnumbered Manchester team but also the ability that they displayed. There were no bad performances but the pack faced up extremely well against some giant Liverpool forwards. Will and Harry displayed there normal efferevescence and Noah and the rest of the back 3 brought significant threat on the counter attack.