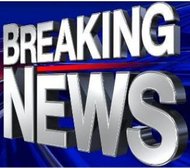 After receiving a number of complaints regarding the issue of smoke bombs and the displaying of flags of a political nature at The Glass Consultants UK Stadium the following statement has been issued by the board of Mangotsfield United Football Club.

The club received six separate complaints in December regarding smoke bombs and political orientated banners being displayed at the ground. Following these complaints there was a dialogue between the club and The FA. As a result of the discussions, the ground regulations have been updated to include best practice guidance as recommended by The FA.

The new regulation reads as follows:

In accordance with The FA’s best practice guide, the use of flares or smoke bombs at the ground are not permitted. Also the displaying of banners, posters or stickers that are of a political nature is not permitted at the ground.