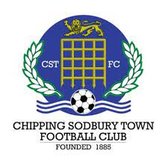 Poor show from The Field

Mangotsfield traveled to "The Ridings" looking to build on their win over Abingdon at the weekend. Due to a few player injuries John Allen was forced to make a few changes and Luke Ballinger made his debut as he was named in the starting line up. Despite having the better start to the game Mangotsfield found themselves behind in the 11th minute after some sloppy play in midfield and a favourable bounce of the ball on a pretty poor playing surface gave possession to Chipping Sodbury. A 18th minute injury to Jordan Metters forced an early change as Jones replaced him. As Mangotsfield pressed for an equaliser a lack of quality in the final third was clearly evident, and things went from bad to worse just before half time as a fairly tame shot slipped through the hands of Mangos keeper Ashley Clark.
Mangotsfield were forced into another substitution in the 54th minute as Ford replaced the injured Barimah and continued to keep giving the ball away in the final third in a feisty match which both management teams would have preferred to be officiated at a more consistent level. In the final roll of the dice Mara and Haynes were replaced by Jenkins and Hailston in the 66th minute but the young right back was involved in a clash of heads about five minutes later and was unable to continue. With no substitutes left on the bench "The Field" were forced to play the final 20 minutes with just ten men. As often happens the ten men appeared to play better than the previous eleven but despite creating a couple of half chances never looked like getting back into the game and the final blow for Mangotsfield came in time added on as they conceded yet another goal.
Share via
FacebookTwitter
https://www.pitchero.com/clubs
Recent news