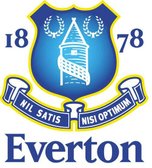 MASSIVE BLOW FOR MARINE AS EVERTON LADIES MOVE TO WIDNES.

End of 15 year partnership for Mariners.

Marine Football Club received formal notice of the decision to ground switch in a letter received citing media and broadcasting reasons for the departure from Marine after 15 years at the Arriva Stadium.

The decision is a major blow for Marine who have benefited significantly from having Everton Ladies playing at the Arriva Stadium, especially since the formation of the FA Women’s Super League.

“We were saddened that we could not meet the stringent broadcasting and media criteria set by the Football Association for the staging of WSL games at the Arriva Stadium. The facility and technical requirements, especially for the regular filming of live fixtures were impossible to meet giving the logistical layout of our stadium. This is a significant loss in revenue and exposure for our football club and I am personally saddened at the ending of such a long standing and successful partnership.”

“The reduction in fixtures at our football ground from the decision by Everton Ladies in addition to the ending of our reserve team last season does provide fresh opportunities for the future utilisation of our stadium with new partners for next season and beyond and I would welcome enquiries from interested organisations. Our stadium has undergone significant improvements in the last 15 years and is the best non-league venue in Merseyside.”