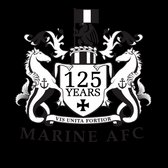 First weekend's results in Round 2 of popular competition...

The weekend saw the first set of scores in Round 2 of the 11UP competition. It was a fairly sedate start with many teams gaining two goals because of their involvement in the preliminary round of the FA Trophy. However, James Leary’s FC United of Manchester took full advantage by scoring an impressive seven goals. It was also good news for Dave Wallin’s Marske United who disappointingly thrashed Round 1 winners Marine 4-1. In form Jon Caple also managed four goals with his new Lincoln United team. Surely the competition can’t be won after just two weeks…..or can it??