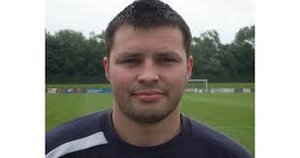 A former professional with Accrington Stanley, he has also had spells at Burnley, Chester, Lancaster City, Salford City and Skelmersdale United where he was an ever present during 2015-16 under Tommy Lawson.

He will be available for selection for Tuesday's Integro League Cup tie against Brighouse Town subject to registration being confirmed by the Evo-Stik League.