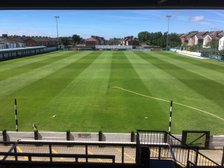 Marine AFC are pleased to announce that the following players have signed for the club:

Vinny BAILEY – Southport based Vinny, 25, is a central midfielder who was a key member of Atherton Colleries’ North West Counties Premier Division title winning side last season. Previous clubs include Skelmersdale United and Chorley, has also had a stint in the USA.

Jordan HARPER – Striker who joined the Mariners after impressing in the friendly at Glossop North End. The 20 year old was previously with Cefn Druids in the League of Wales. The club are awaiting international clearance for the player.

George HASSALL – 18 year old striker who was released by Shrewsbury Town in the summer after coming through their Academy set up.

The following players have been released by the club and we wish them well in their future career: