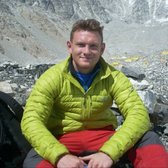 The club received some tragic news that Richard Mayne tragically lost his life in the MH17 disaster.

It is with the greatest sadness and regret that I inform you we have learned of the death of Richard Mayne, a much loved and highly regarded member of our club who was a passenger on flight MH17.

Richard was an exceptionally talented rugby player who proudly represented MBRFC playing over 200 times for our club and was a member of the 2011 U17 National Cup winning team. His last game playing in the Market Bosworth shirt was on Saturday 12th July playing in a charity tournament alongside his friends. Richard was a former Dixie Grammar School pupil, a student at Leeds University and had decided to continue his studies in Perth Australia which was a step typical of his ambition.

We will all miss him terribly, and our prayers, our thoughts and our hearts go out to his family and friends in particular Richard’s parents, brothers Tom and Will and sister Fran who have so tragically lost a very gifted and highly respected young man.

“Richard was a very talented rugby player and a gifted young man in so many ways. He was immensely liked throughout the club and had many close friends here.

Passionate about his rugby he was looking forward to playing in Australia where he was heading to continue his studies. His last game for us was in a charity match, which was so typical of his good nature, he was so willing to participate and help wherever he could.

The club is in mourning

Richard took part in an Everest Expedition fundraising for Kidasha Kids Charity. It would be amazing for people to give to such a fantastic cause and something he believed in so dearly, so if you haven't already done so please let's show our support by making a donation to Kidasha Kids Charity.