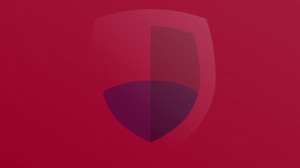 Sunday started well for Marsden and the future is certainly looking bright as our under 11s recorded a brilliant victory over South Shields at the Jack Clark Park.

Batting first, Marsden reached an enormous 128/. There was a fantastic unbeaten 35* from Alex Thompson and 20 from Jack Carr. In reply, a 5 wicket haul from Cameron Marshall (5/13) and a wicket for Daniel Snaith (1/12) helped our young side to victory.

After lunch it was the turn of our Academy side in the Semi Final of the Bob Langford Cup against Bill Quay. Unfortunately though only the weather was the victor as play was prematurely ended with Marsden needing just another 29 for victory.

At Wearmouth our Social side were in action in HLSCL division 2. An ankle injury to their "pro" Phil Davies and with Tony Wood also injured meant that there were recalls to the side for Dave Tully, Adam Sneller and Simon Greener as well as a Social debut to spinner Stephen Wood.

Wearmouth won the toss and batted first, reaching a total of 240 all out, their young opener having a tremendous knock and falling just 4 short of his century thanks to a tremendous catch in the gully by Barrie Clark. The catch in fact was so good, that the Wearmouth team had suspicions that we were in fact playing a ringer (questioning whether we had Paul Collingwood in the side in disguise!). There were also 2 good catches for Dave Tully (with the pressure of all his family watching and the sight of Skinners note book out of the corner of his eye), as well as 4 wickets each for Adam Sneller (4/28) and Stephen Wood (4/52).

Unfortunately the heavens opened at tea and play never resumed, leaving Mark Skinner (pictured) still as the current holder of the "duck cap". The rain did however provide ample time for the fines committee to review the teams fielding errors, with spectator for the day Tony Wood receiving a £1 fine for 2 miss-fields on the boundary and skipper Ian Ellliot receiving and extra 50p fine for arguing with the committee, bringing his total to an expensive £2.50 for the day.