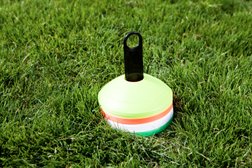 Maryport welcomed Ulverston to Mealpot Road for this encounter in the CML.

Maryport were first out of the starting blocks on 14 minutes when following a lovely little kick on by Craig Foster on the last tackle, Foster gathered the ball himself and produced a long pass to Dean Scholey who flicked the ball out to Liam Kirkbride who touched down out wide. They increased their lead to 10 - 0 just 4 minutes later, when again on the last tackle a good move saw Scott Akehurst also crossing out wide for the first of his hat trick, Marc Walker was successful with the conversion.

Ulverston hit back on 24 minutes, when their winger got over in the corner for a converted try.

On 30 minutes, debutant Joe Scholey crossed the line right under the posts with his first touch of the ball and gave the trusty boot of Marc Walker an easy conversion, and put Maryport 10 points again once again.

The last 10 minutes of the half produced 3 more tries, the first of which was for Maryports Ricky Holt who also crossed out wide. however Ulverston immediately responded with tries on 37 and 39 minutes to give a half time score of Maryport 20 Ulverston 16. and the prospects of a juicy second half.

Into the second half and within10 minutes Ulverston had pulled back another two tries, a conversion and a drop goal to give them a 20-29 advantage.

Maryport hit right back on 61 minutes through Scott Akehurst completing his hat trick with two tries in two minutes, Ricky Holt was unfortunate when the conversion attempt hit the upright, and the score was 28-29 to Ulverston with 13 minutes remaining.

With the game toing and froing from end to end, it was Ulverston who went for the kill and managed to pull off a second drop goal to seal the game on 77 minutes and gave a final score of Maryport 28 Ulverston 30.