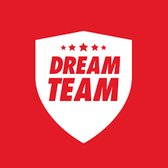 Contenders for a coveted place in the Dragons Dream Team have been shortlisted. Today we reveal the players in contention for The Edge positions

To make the Dream Team in 2021 a player will have shown consistently high performance levels throughout the year, starting with our Pre-Season activities in March.

We can always see those who never took a short cut, always made the 'ten', worked hard for team mates, improved their skills and wanted to learn about our great game. We can see who prepared prior to any session, those who worked outside of organised activity, studying the game, getting better, fitter, week after week.

We will recognise ability, skill, hard work, loyalty, ambition and desire and those whose contributions are made because it makes Medway Dragons a better place.

The second group to be revealed is the Edge Players:

The edge players is strong, tough and creative with good footwork and the ability to find space for the outside backs. They do their fare share in defence, backing up the Middles and looking after the wings and half backs in defence.

In todays game, they do a share of the hard yards and then become the target for the creative ball players who are seeking to unlock the opposition defence. Strong carries and deft skills are key characteristics.

Made up of the positions called centre and second row, rugged, strong endurance athletes play here, invariably doing The Full 80.