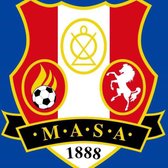 Following discussions between the club and Mark over the weekend it has been agreed that Mark will not be with the club next season.

1st Team Manager Mark Warner will not be with the club next season.

Following the conclusion of the season last weekend the club has confirmed that Mark Warner will not be with the club next season. Everyone at Metrogas would like to thank Mark for all his hard work over the last three seasons.

Mark Joined at the beginning of the 2016/2017 as Reserve Team manager and won promotion from the Kent County Division 3 West in his first season and was unlucky to finish runners up in the Kent Junior Cup in the same season.

He then took on the role of first team manager for the 2017/18 season and for the past two seasons has put a huge amount of commitment and effort into developing the 1st Team.

He also worked tirelessly behind the scenes and was instrumental in helping develop the youth section along side secretary Tim Morgan at the beginning of the 2017/18 season with many of our youth players being chances in the first team over the last two seasons.

Secretary Tim Morgan stated; “Both personally and on behalf of the club I would like to thank Mark for all his hard work over the last three seasons. His commitment and attention to detail is second to none and I have very much enjoyed working with Mark during this time and wish him every success with whatever he does next. He has a huge amount to offer any club”.

The club will make an announcement relating to the position of 1st team manager over the next few days.