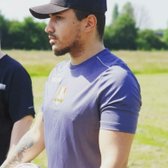 Metrogas FC are delighted to announce the appointment of Blaine Horne as our new first team manager.

Blaine was the first team assistant manager last season and the first team coach prior to that. He has also successfully managed Welling Town’s Sunday side and most recently Junior Reds Seniors in the Woolwich & Eltham Sunday Football Alliances Premier Division and we believe he is the ideal individual to carry on the clubs excellent progress over the past couple of Seasons. Blaine with be assisted by former player / coach Tyrus Gordon-Young who following a nasty knee injury towards the end of last season had planned to move into coaching for the coming season. Also staying at the club after an excellent first season at Metrogas is goalkeeper coach Jack Cain. Jack will take on an overall coaching role while continuing to work with the clubs senior goalkeepers.

Club Chairman Tim Morgan had the following to say on the appointment. “Personally I am delighted with the appointment of Blaine, Ty and Jack for the coming season. Obviously it was a difficult few days for the club but as soon as I spoke to Blaine, Ty and Jack earlier in the week and they told me that they wanted to stay and shared their vision and plans for the coming season I was very relaxed and very excited for the coming season. Despite a lot of interest from some very strong candidates, which I think is testament to the club and its ambitions as soon as Blaine, Ty and Jack declared their interest it was a very easy decision for me to make. Blaine has been fantastic since he came to the club and is a very mature head on young shoulders. He has always done a fantastic job in his time at the club in his various roles with a calm, professional and enthusiastic manner. Ty brings a huge personality and a wealth of experience having played a very high standard of football throughout his career and Jack has been fantastic all of last season.

We now look forward to the start of pre-season next week and the coming season.