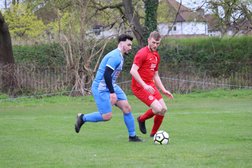 Saturday & Sunday 10th & 11th April
Metrogas Reserves were in London FA Junior Cup action they lost out 1-0 to a very good South Dulwich side. In the first week of the Metrogas Invitational Cup, the First team drew 1-1 with Red Velvet with the Gas equaliser coming from Ty Gordon-Young before being injured.