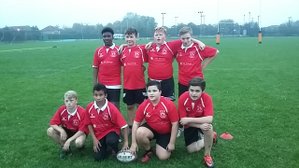 Having worked with Hazeley during Spring 2, mainly as an after school club, there was good progress made, but the biggest plus side of the adventure was the amount of players who have ended up joining MKRUFC.

During lessons, players were able to work on the core skills needed to play in a match, for which all players had the chance in the final week. The matches that were played were of a good standard, especially the Year 7 matches, where all of the boys got thoroughly stuck in.

The after school club was mainly attended by Year 9 students, who started putting in some good team runs. They took the positive team runs into a match against Oakgrove, and ran out comfortable winners after a dominant first half.