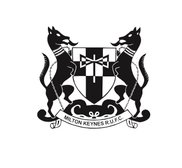 With the season called to a premature halt, here are the thoughts of Dan Pearson and David Foord

We have now come to what would have been the end of the regulation rugby season for 2019-20 at MKRUFC. Firstly, we would like to thank all of our members who have volunteered in any capacity over the season, which has been extremely testing for a number of reasons. We have had storms causing the cancellation of training and fixtures and more recently the ending of all rugby activity due to the COVID pandemic.

In spite of all this there has been a small army of people who have willingly given their time and talents including car parking duties, manning the club shop, coaching, cleaning, serving burgers, administration and many, many more. Apart from a couple of very hard working and valued staff, the club is almost entirely run by volunteers, so thank you, we couldn’t do it without you!

The 2019 - 20 season has on the whole been a successful one on many fronts for the Club’s senior section. With the aim and vision of the Club being to develop the individual skill set of the players, compete in the top 3 of the league for the 1st team, aim for promotion and compete/beat the local sides, I think we could safely say we have met or exceeded expectation in all of these areas.

Throughout the season the coaches worked to introduce systems and a style of play which was specifically tailored towards the physical capabilities and to some extent limitations of the players available. The players set themselves challenging targets during the season and really bought into the processes needed to succeed. For the majority of the season we sat within the top 3 league positions finishing the truncated league program in 2nd place. Unfortunately the RFU had to end the season 5 matches early due to COVID 19 which stopped our drive towards the title which was definitely within our reach.

Throughout the season we had some very enjoyable highs, winning 2 cups, 2 local derby matches against Bletchley and achieving some high training numbers throughout the year. All this made it an enjoyable environment.

In summary as a club we have made a big impact in the past 2 seasons, resulting in promotion to level 7 rugby. Plenty of people and things have helped with the development and we haven’t yet scratched the surface on the full potential of the MKRUFC senior section.

Our 2nd team had an enjoyable first half of the season with some fantastic performances propelling them in to the top four of their Merit table league. After Christmas their matches were few and far between due to opposition dropping out several times and pool matches hard to come by. The biggest development for the 2s has been the level of training attendance meaning that’s skills and team play improved as well as no one being guaranteed a starting position as numbers were always high.

It has been great to have our 3rd team out on several occasions too, and with the emphasis on social rugby, it was smiles all round for them. We had a very special moment for the Hircock family with Ed and Corey both taking to the field together as well as Tom Moore and his father Simon, both sets of families will cherish the moments forever.

For the first time in several years MK had their Vets team out, playing 3 very tight matches against Dunstable, Stewart and Lloyd and Daventry, and due to COVID-19 would have had a battle against Bletchley for the COW-cutter Cup sponsored by The Comedy Cow. It has been great to see some of the old faces pulling the black and white back on.

A special mention to club stalwart Andrew Poole, who at the ripe old age of 35 has represented all 4 sides MK has put out this season, scoring for each of the sides he has played in. AP is not looking to slow down either and is chomping at the bit ready to do it all again next season.

Since the current COVID situation ended all face-to-face rugby activities and resulted in the complete closure of the club-house, there has continued to be a range of people who have been giving their time to ensure both players and parents remain engaged with the club and more importantly rugby. We have run ‘Try-solation’ training sessions on YouTube twice a week from the start of the ‘lock-down’ to the end of April. Feedback on these has been great and if we can’t physically get together for training we will look to run some similar sessions over the summer in ‘pre-season’. We have also run competitions, challenges and had Zoom sessions and quizzes across a range of age-groups.

It is hard to pick out specific volunteers who have stood out, as there are so many, but we would like to make a special mention of Gavin Sturgess who is stepping down as a coach from the U16s now the season has ended, having been coaching at the club for many years and also serving previously as Head of Minis & Juniors; thank you Gavin for your commitment and time given to MKRUFC.

Looking back over what was my first season as Youth Chair, it has been great fun and I have learnt a lot as well as there being many changes in other areas too: we have had a new Chairman, a new Head of Rugby Safe and many newly trained coaches and first aiders across all Minis and Juniors age groups. As always there have been some challenges, but this gives us things to work at and improve on leading up to and through the 2020/21 season.

The Minis season has been very successful with increasing numbers across age groups, senior players assisting with Minis & Juniors training and positive feedback received from parents about the rugby experience of their children.

The Juniors Section has seen many achievements across all age groups and seen the largest increase in playing numbers. The U13s has seen players selected for Wasps and Saints Developing Player Potential Programmes, U14s having successful player recruitment and U16s winning their league this year and also successfully integrating the U15 players into one squad. The U16s are now working with the Colts in four teams as part of their transition next season.

Finally it is time for us all to take a well-earned break from rugby and look forward to hopefully being able to start some pre-season activities over the summer and into another successful season for MKRUFC in 2020/21.

Please stay safe and we look forward to seeing you all soon.