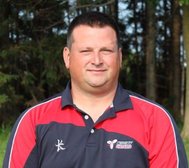 Mike brings years of experience across the rugby community.

We are extremely excited to announce our new Women's Head Coach. Mike Curran is no stranger to coaching seniors women's teams as he has experience as the coach for Sheridan College and Humber College.

Mike is currently the team Canada U18 Men's coach.

Looking forward to a great season!